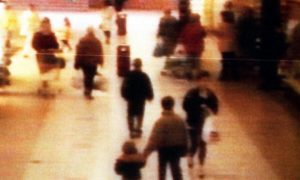 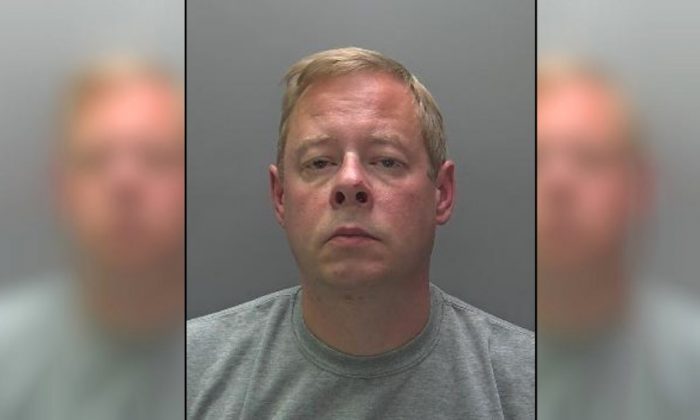 Mark Waterfall has been found guilty of attempted murder in the crossbow shooting of his GP, in a trial at St. Albans Crown Court in England, on Jan. 8, 2019. (Herts Police)
UK

A British patient who wrongly blamed a doctor for his father’s death has been found guilty of attempting to murder the GP with a crossbow.

A court in St. Albans, England, found 46-year-old Mark Waterfall guilty in a three-day trial that weighed evidence including testimony that the accused shot Dr. Gary Griffiths after declaring “You killed my father, I am going to kill you.”

The crossbow bolt did not do lethal damage to the GP, according to a BBC report, because the doctor’s untucked shirt affected the trajectory of the projectile as it penetrated his abdomen.

Five days before the defendant shot Griffith, the GP treated his father, Terence Waterfall, who complained of breathlessness. Griffith referred the father to a hospital to drain fluid from his chest, at which point it was discovered the man had a tumor in his lung. The following day, the father died.

The court heard that Waterfall, who according to a report in The Times suffered from an eating disorder and depression, blamed Griffith for his father’s death.

‘Can’t Even Get That Right’

During the trial, the South Oxhey, Hertfordshire man admitted to a charge of wounding with intent and on Jan. 8 was found guilty of attempted murder.

“I can’t even get that right,” lamented Waterfall, according to court testimony cited by the paper, after the wounded doctor pulled the crossbow bolt from his stomach and confronted the would-be killer.

“I tried to persuade him to go to the police station round the corner,” Griffith said, according to BBC, adding, “I said I will come with you.” The wounded doctor, who followed Waterfall out into the parking lot of the Suthergrey House Medical Centre in Watford, said his attacker claimed the GP had “murdered” his father. Griffiths also told the court that when Waterfall realized he had failed in his bid to kill him, the defendant looked “dejected.”

Waterfall claimed during the trial that when he entered the clinic on July 10 with a concealed crossbow, pointed it at the doctor and fired, he did not intend to kill but only to “scare Dr. Griffith.”

His sentencing is expected in February, with the judge saying the accused would face “significant” punishment.

Judge Stephen Warner said, “You have been convicted of the very serious offense of the attempted murder of a GP in his surgery and it is inevitable you will receive a significant custodial sentence.”

Doctors, meanwhile, have said in the wake of the high-profile trial that health care workers should be afforded special protections.

Helen Stokes-Lampard, chairwoman of the Royal College of General Practitioners, was cited by The Times as calling for the adoption of measures that would curb health and safety risks.

“GPs are often vulnerable in the environments we work in, which are open to the general public and were not always designed with safety in mind. It’s therefore vital that efforts to minimize risks to our health and safety are redoubled right across the health service.”

A British Medical Association (BMA) spokeswoman was cited as saying that the organization “has for a long time been concerned about the risk and impact of violence on NHS staff, with increasing pressure on the system leading to a rise in the number of attacks against frontline staff.”

A study by the Health Service Journal and Unison, cited by The Guardian, showed that compared to a year earlier, assaults against medical staff in the UK in 2016-17 rose by nearly 10 percent.