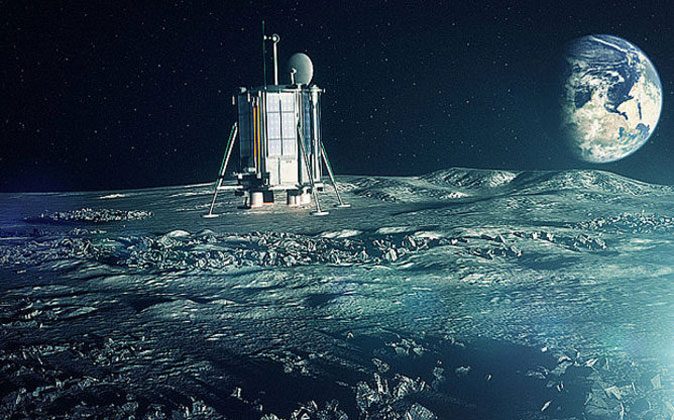 A British-led consortium has announced an ambitious space mission named Lunar Mission One that plans to land a robotic probe in the southern polar region of the moon in about a decade. The announcement continues a stream of innovative space developments.

The US space agency, NASA, is usually associated with audacious space missions such as the landing of the Curiosity rover on Mars. However, over the recent few months, other space-faring nations have been in the limelight, rivalling the 20th-century space race between the Soviet Union and the US. Just consider the Rosetta mission led by the European Space Agency (ESA) or the Mars Orbiter Mission led by the Indian Space Research Organisation.

Last month China’s Chang’e 5T lunar capsule was a successful demonstration of atmospheric re-entry. The successful landing of the Philae lander on Comet 67P last week not only shows humanity’s increasing technical and scientific prowess, but also confirms the perceived importance of space science and technology in the economic, educational and cultural advancements of individual stakeholders.

The Final Frontier for All

The Lunar Mission One is unique, in that the project will be funded by money raised solely through donations from the public. In order to achieve this, the project is using the funding platform Kickstarter to finance the next phase of development. Kickstarter supporters will become inaugural members of the Lunar Missions Club and will be rewarded with a range of involvement, information and rewards including their own “digital memory box”. These memory boxes will eventually go on sale to the general public and all of them will be included in a time capsule to be buried on the moon as part of the mission.

Alongside these individual archives, the project is creating a public archive to go in the capsule: a digital record of life on Earth – of human history and civilisation and a scientific description of the biosphere with a database of species. Publicly owned and accessible to all, this archive is a hugely ambitious plan that could only be resourced by a project of this scale.

The scientific and technological rewards from Lunar Mission One will be many. It is backed by leading space scientists, such as Monica Grady at the Open University and Richard Holdaway at the Rutherford Appleton Laboratory. The mission is planning to land in the southern polar region of the Moon – a feat that has never been achieved before. Also, there is tantalising evidence in the polar regions of the Moon of huge reservoirs of water-ice – potentially delivered by comets and asteroids during 4.5 billion years of the moon’s geological history. Collecting and analysing material from lunar polar regions will contribute to our understanding of the sources of water on Earth.

Water is not only a key ingredient for sustaining life, it is also a key resource for enabling longer-term human presence in extra-terrestrial environments. The mission will also use new drilling technology that will allow it to access rocks up to 100 metres below the surface of the Moon – much deeper than has been possible before. These rocks could hold clues to the formation and evolution of the solar system.

Like other space missions, Lunar Mission One is also about inspiring a new generation to get excited about space, science, engineering and technology. It is a unique venture; the aim is to develop an international programme of engagement with schools and colleges, allowing students to contribute to the project.

The money this project generates will create a long-term legacy – funding a global education programme and establishing a trust to fund future space missions, changing the way we explore space – forever.

Mahesh Anand receives funding from the Science and Technology Facilities Council (STFC), UK. He is affiliated with the Natural History Museum, London as a Scientific Associate. This article was originally published on The Conversation. Read the original article.