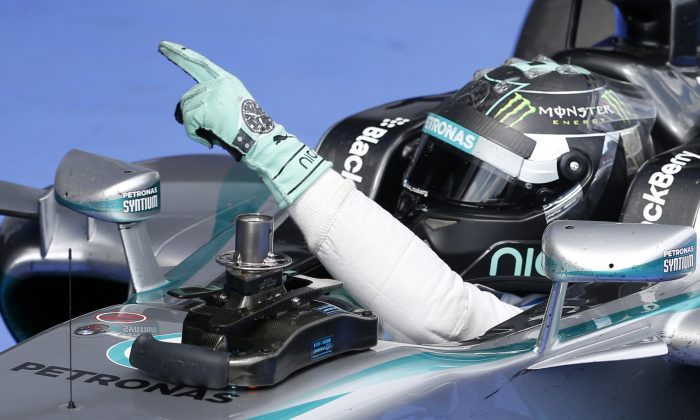 The 2014 British Grand Prix at the Silverstone Circuit in the United Kingdom is slated for Sunday, July 6.

Lewis Hamilton will be looking to win after taking the race last year. Hamilton, with 139 points, is only behind fellow Mercedes driver Nico Rosberg (165 points) in the standings.

Daniel Ricciardo of Red Bull is third with 83 points, Fernando Alonso of Ferrari is fourth with 79 points, and Sebastian Vettel of Red Bull is fifth with 60 points.

There will then be a long break until the Belgian Grand Prix in Spa-Francorchamps on August 24.

Gutierrez went back onto the pit-lane after his first stop while his mechanics were still working on his right rear wheel.

FIA gave the Mexican driver a 10-second stop-and-go penalty during the race and also decided to put him back in the starting order at Silverstone.