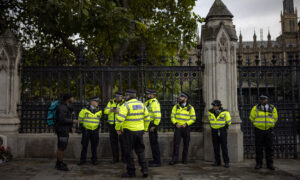 The British government has its sights set on cutting calories in pizzas and other foods as part of a plan to fight obesity.

A standard pizza for one should contain no more than 928 calories, according to the new plan, called “Calorie reduction: The scope and ambition for action.” This is significantly less than is currently being offered in many restaurants, shops, and takeaways.

Pizza is just one of the foods targeted by the government’s proposed calorie limit.   Hot dogs, hamburgers, kebabs, and ready meals are included on the long list of products that need to get lean or risk a reprimand from the Public Health England (PHE), a government agency that “exists to protect and improve the nation’s health and wellbeing, and reduce health inequalities.”

“The calorie reduction programme challenges the food industry to achieve a 20% reduction in calories by 2024 in product categories that contribute significantly to children’s calorie intakes and where there is scope for substantial reformulation and/or portion size reduction,” states the new plan.

“The products covered by the programme include ready meals, pizzas, meat products, savoury snack products, sauces and dressings, prepared sandwiches, composite salads and other ‘on the go’ foods including meal deals,” according to the plan.

British government officials are desperate to reduce obesity, which PHE analysts identify as a leading cause of poor health and premature death. They say obesity and overweight-related ill health are estimated to cost the British national health service £6.1 billion ($8 billion) every single year. Recent figures also show rates of severe obesity among children have grown by more than a third in just over a decade.

“The simple truth is on average we need to eat less,” said Duncan Selbie, Chief Executive of PHE. “Children and adults routinely eat too many calories and it’s why so many are overweight or obese.”

“Industry can help families by finding innovative ways to lower the calories in the food we all enjoy and promoting UK business leadership on the world stage in tackling obesity.”

Billions in Savings and Fewer Deaths

The PHE estimates that a 20% reduction in calories from everyday foods, if achieved over 5 years, would save billions in health care costs and prevent 35,370 premature deaths.

A separate, parallel government initiative takes on sugar, setting out guidelines for all sectors of the food industry on how to achieve a 20% sugar reduction across the top 9 categories of food that contribute most to intakes of children under the age of 18.

Dr. Alison Tedstone, PHE chief nutritionist, told The Telegraph that the threat to children’s health had been “decades in the making.”

“We know that just having healthy options on the menu won’t change the nation’s habits—we need the default option to have fewer calories. The default options for pizzas are margherita and pepperoni pizzas, so we need them to get healthier.”

The plan aims to achieve its calorie reduction goals by “setting guidelines for products; establishing baseline calorie levels in each food category; and regularly reporting progress across the different sectors, food categories and for the top contributing businesses and products.”

Representatives of the food industry have been weighing in ahead of the expected adoption of the calorie caps next spring.

Businesses have mentioned the need to balance commercial priorities with the goal of reformulating products to comply with the caps.

Specific concerns raised include time and cost of adapting manufacturing processes, and loss of market share to businesses that would continue to offer portions that customers are used to, given the apparent lack of punitive sanctions for non-compliance with the caps.