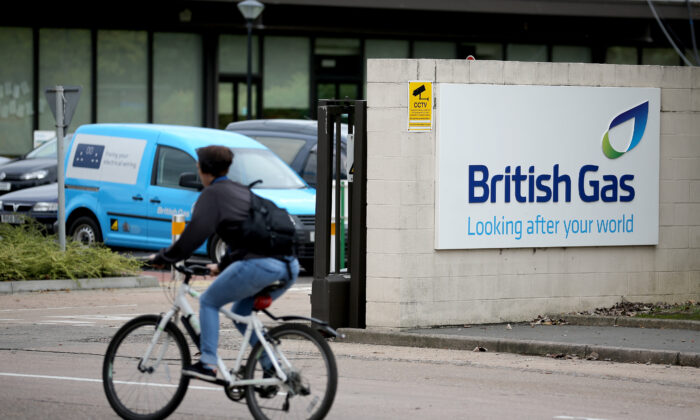 British Gas has pledged to donate 10 percent of its profits to help people struggling with rising energy bills.

The firm said it will contribute the money to the British Gas Energy Support Fund for the duration of the energy crisis, backdated to the start of 2022, to “help the most financially vulnerable customers.”

British Gas customers in fuel poverty and with less than £1,000 ($1,184) in savings are eligible to apply for a grant from the fund, which was created in late 2021 in response to the rising cost of living.

Thousands of customers have received grants between £250 and £750 to help pay towards their energy bills, the firm said.

Chris O’Shea, chief executive of Centrica, the parent company of British Gas Energy, said: “The current cost-of-living crisis requires all of us to think differently. As a responsible business we want to do more to support our customers during this difficult time.”

Amid soaring global gas prices, British households are bracing for a forecast 80 percent increase in bills as the UK energy regulator Ofgem is set to announce another rise in the energy price cap on Friday.

Industry analysts at Cornwall Insight are predicting that average energy costs will increase to £3,554 in October and £4,650 in January.

On Wednesday, Chancellor Nadhim Zahawi insisted “nothing is off the table” when it comes to action on soaring energy bills, but added that a freeze in the price cap would not deliver “targeted help” for those who need it most.

The British Chambers of Commerce has urged the government to hand more power to Ofgem, cut VAT, and introduce emergency grants—similar to the kind of support offered during the COVID-19 pandemic—to help enterprises facing rocketing costs.

On Thursday, consumer website Which? warned the government to raise its financial support for all households from the current £400 to £1,000 or risk pushing millions of households into financial distress.

But the government of Boris Johnson, who is set to step down as prime minister on Sept. 6, has refused to offer immediate extra help, as major financial decisions have been postponed until either Liz Truss or Rishi Sunak is in Downing Street after the Conservative Party leadership contest.