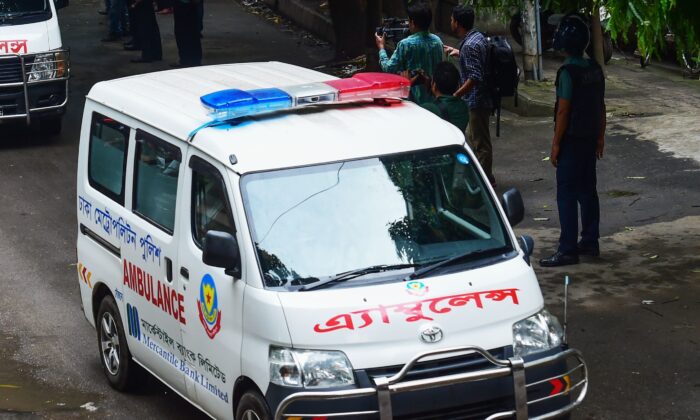 An ambulance in the Bangladeshi capital Dhaka on July 2, 2016. (STR/AFP via Getty Images)
Asia & Pacific

Police in Bangladesh are investigating a case of suspected poisoning after a British man and his son were found dead while three others family members are hospitalized.

Police said that they found five family members unconscious after their relatives raised an alarm when the family did not answer their calls in Sylhet on Tuesday.

Rafiqul Islam, 50, and his son Mahiqul Islam, died on the way to the hospital, according to local media.

The family from Cardiff had arrived in Bangladesh earlier this month.