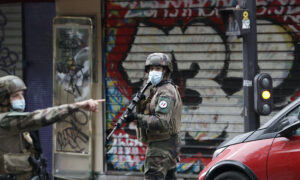 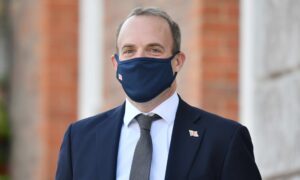 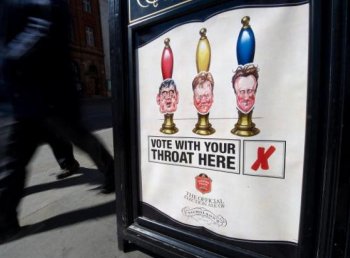 By Simon Veazey
Print
LONDON—Today's British election results will be very tough to predict, as the UK has gone to the polls in the most uncertain general election for generations, after a closely-fought campaign that overturned the status quo of British politics.

With as many as one in four voters saying they were still undecided, the three Party leaders, Brown, Cameron and Clegg had campaigned full tilt right to the last minute.

Yesterday, polls suggested Cameron’s Conservative party might just make a majority, although commentators were still saying that these will be the most unpredictable British election results in decades, and none were willing to give solid predictions.

Voting finishes at 10pm Greenwich Mean Time, and the results of the UK election are expected to be known by Friday morning. With such a closely-contested election, the overall outcome may not be clear until the results from every last constituency have been counted.

But even when the election results are known, it may take several days to figure out who is forming the government. If the UK election results in a hung parliament, with no single party having a majority, then the country enters into grey constitutional territory only breached on two previous occasions.

The British election results were thrown further into uncharted waters 3 weeks ago by the country’s first ever televised leaders' debates. Previously denied an equal platform to speak to the electorate, Nick Clegg’s well-polished performance pulled his Lib Dem party out of the shadow to transform the 2-horse race of British politics into a real 3-horse race.

The ensuing ‘Cleggmania’ quickly became the talking-point of the British election, displaced from the media spotlight only by ‘Bigot-gate’, when Gordon Brown was caught calling a long-time Labour Party supporter a ‘bigot’, after she questioned him on immigration.

Although the latest polls show that Nick Clegg’s popularity has dropped since his game-changing performance in the first ever televised leader’s debate, his Party still remains a more potent force than any had predicted in today's UK election.