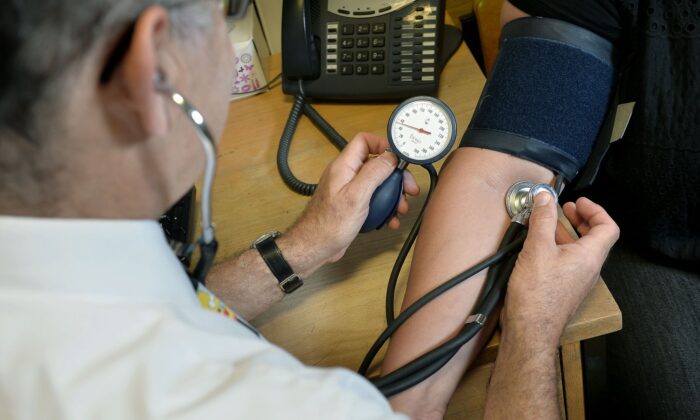 The Good medical practice document has not been updated since 2013. (PA)
UK

Under proposed new guidance from the UK medical watchdog, social media posts could be scrutinised if a doctor is reported for a breach.

The General Medical Council (GMC) is updating its Good Medical Practice guide, which is seen by some as a “modern Hippocratic Oath.”

A new draft duty makes clear that doctors must not use digital communications channels to mislead, and they should “make reasonable checks” to avoid doing so.

The watchdog can refer cases to the Medical Practitioners Tribunal Service (MPTS), which has the power to restrict, suspend, or revoke a doctor’s registration in the UK.

On the GMC’s orders in 2021, GP Dr. Samuel White, a partner in a rural medical practice in Hampshire, England, was restricted from discussing COVID-19 on social media after he was accused of spreading “misinformation” for disputing vaccine safety and mask efficacy, pending a full hearing of the allegations against him.

The tribunal banned him from expressing or sharing any views about the pandemic on social media and required him to seek to remove any such views that he had already expressed or shared.

However, those restrictions were overturned, after the High Court found that the tribunal had failed to take into account human rights laws on freedom of expression.

The new GMC document which has not been updated since 2013, outlines professional values and behaviours expected of doctors working in the UK.

The latest version states that in public communications doctors must “be honest and trustworthy; make clear the limits of their knowledge; make reasonable checks to make sure any information given is not misleading; declare any conflicts of interest and maintain patient confidentiality.”

“You must not abuse, discriminate against, bully, exploit, or harass anyone, or condone such behaviour by others. This applies to all interactions, including on social media and networking sites,” the draft rules stated.

“There is a lot of evidence of the damage bad workplace cultures can do to patient safety and, ultimately, to the UK’s ability to retain the healthcare professionals it needs,” he added.