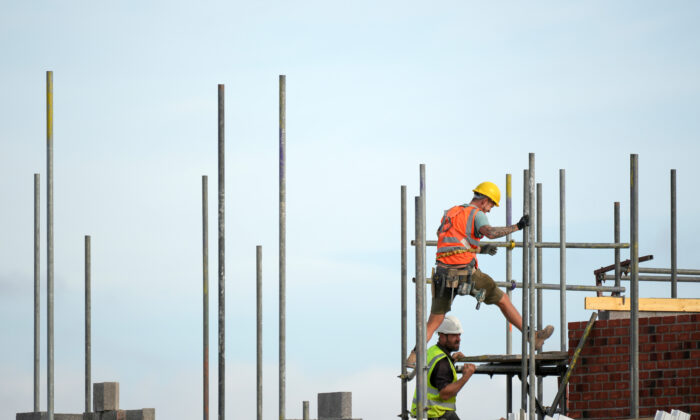 The closely followed IHS Markit/CIPS UK Construction purchasing managers’ index (PMI) hit a reading of 54.6 for October, up from 52.6 in September.

Any reading above 50 is seen as a sector in growth.

More than half of surveyed businesses reported longer delivery times among suppliers, with only 2 percent seeing any improvement.

Meanwhile, the latest data also signalled another steep rise in input costs although the overall rate of inflation slipped to a six-month-low.

Around 73 percent of companies said they saw an increase in purchase prices in October, flagging rising energy and commodity prices.

Nevertheless, activity in the sector improved on the back of particular improvement in the house-building sector, which reported a reading of 55.4 for the month.

Moore added: “House building showed the most resilience, as signalled by the fastest rise in residential work for three months.

“However, the volatile price and supply environment added to business uncertainty and continued to impede contract negotiations.”

The report said this resulted in the overall rate of new order growth staying flat at the eight-month low seen in September.

Duncan Brock, group director at the Chartered Institute of Procurement & Supply (CIPS), said: “With rising optimism and employment levels builders seem confident that the next 12 months will be rosier.

“However, with the squeeze on supply and staff shortages, it is far from guaranteed that uncertainty and instability are behind us just yet.”