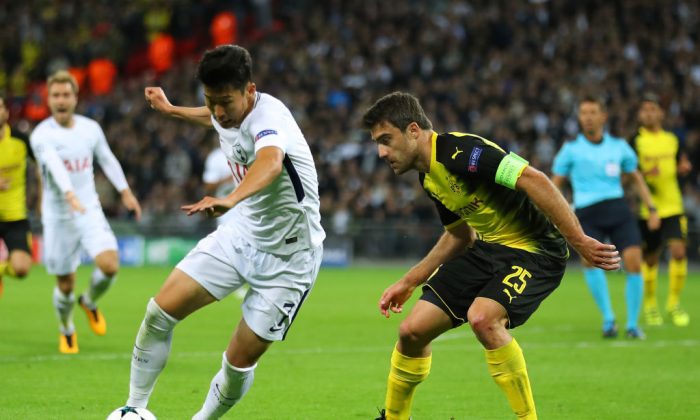 Frank De Boer, at Crystal Palace, became the first managerial casualty of this season’s EPL Premier League after being the first manager in the Premier League era to lose all four of the opening games of the season scoring zero goals in the process, to become the manager with the shortest tenure in such a position. Crystal Palace have appointed ex England manager Roy Hodgson as a replacement, though he will have the same player resources to work with, at least until the transfer window re-opens in January 2018 but, even then, it is likely that there will be no new funds available, and that any new purchases will need to be financed by sales of current players, though the values of those players will likely be much diminished unless their results improve dramatically. Roy Hodgson also faces a testing start to his tenure, with a home game to Southampton being followed by consecutive away games at respective Manchester clubs, City and United, and then a home game with Chelsea, arguably the best 3 teams of the season to date.

English Premier League clubs fared fairly well in their opening round games of the UEFA Champions League, Chelsea 6-nil victors over Qarabag, Manchester United 3-nil winners against Basle, Spurs 3-1 victors over Borussia Dortmund, Manchester City 4-nil winners away at Feyenoord, and Liverpool drawing 2-all at home to Sevilla. All of the sides will face stiffer tests in the rounds to come, and some frailties were exposed even though the clubs are likely, in most cases, to make it to the knock out rounds s long as they play to their potential. Meanwhile Scottish champions Celtic were humbled 5-nil in their home game with Paris Saint-Germain, one of the favourites for this year’s title, who paraded their new forward pairing of record signings Neymar and Kylian Mbappe. In the Europa League, Arsenal won their home game 3-1 against Cologne, though Everton were well beaten 3-nil away at Atalanta.

Bournemouth’s 2-1 win over Brighton eased the pressure on manager Eddie Howe, leaving Crystal Palace as the only Premier League side with zero points for the season to date.

This week sees fixtures in the Carabou League Cup, where most EPL teams will field a lot of their reserve or second string players to give them a run, but others will see it as a chance to progress further in a competition that will enable them to secure some silverware. Jose Mourinho, at Manchester United, usually looks at this competition as an opportunity to get to Wembley and pick up an early trophy, and it’s likely that this year,

both Jurgen Klopp’s Liverpool, and Pep Guardiola’s Manchester City , will also adopt this viewpoint and bolster their positions.