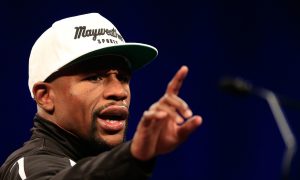 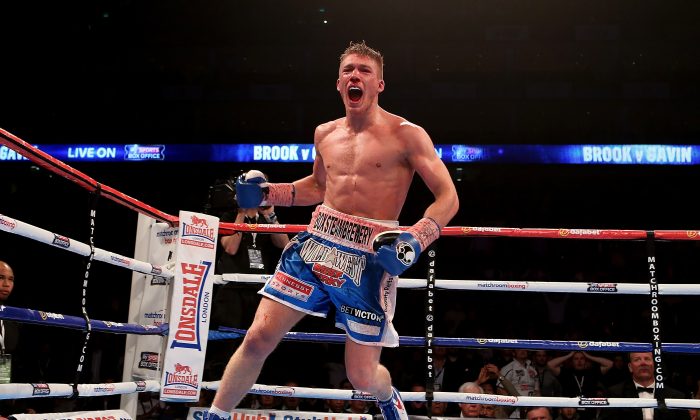 Nick Blackwell of England celebrates after defeating John Ryder of England during their British Middleweight Championship fight at The O2 Arena on May 30, 2015 in London, England. (Ben Hoskins/Getty Images)
Sports

The middleweight fight was stopped in the 10th round by the referee as Blackwell was deemed unable to continue, by his doctor, due to swelling over his left eye.

Eubank Jr wins GB middleweight title: Nick Blackwell is taken from the ring on a stretcher after being beaten … https://t.co/S1vy877mMd

Blackwell, 25, collapsed shortly after the fight was stopped and had to be taken out of the ring on a stretcher with oxygen.

Should Boxing Be Banned?

Eubank Jr., the challenger, dominated the fight, and by late in the fight even his father, Chris Eubanks Sr. (who was in his son’s corner) told him to stop hitting Blackwell in the face so that the champion wouldn’t endure even worse punishment.

Chris Eubank Snr may have saved Nick Blackwell’s life with these words.

Shows you how dangerous boxing can be.https://t.co/EaZl6v0jJa

VIDEO:@ChrisEubank tried to save Nick Blackwell from further harm as he fought his son https://t.co/IAlO8NGeZt pic.twitter.com/R5YdPK6slw

“I hit him with some big shots, maybe the referee should have stopped the fight earlier,” Eubank Jr. said, according to theguardian.com.

Robert Smith, the British Boxing Board of Control general secretary, said “I spoke to one of the doctors this morning and he said there is a bleeding of the brain.

“He’s in intensive care, he’s in an induced coma and he is resting and being looked after by the experts.

“It’s a very normal procedure. They put you in a coma to get the swelling to go down. There’s no timescale. Now it’s just a matter of waiting and seeing.”

Unfortunately Nick is now in an induced coma… my thoughts & prayers go out to his family & friends.

He’s a true fighter & I whole heartedly believe he will pull through. Appreciate everyone that came out to support the fight #TeamEubank

For Eubanks Sr., the fight brought up memories of his 1991 bout with Michael Watson, that left Watson with severe brain injuries. Eubanks Sr. said he was banging the canvas during the fight to get the referee to stop the match.

Thoughts and prayers to @nickblackwell02 and his family at this time! 🙏🏾🙏🏾🙏🏾#BlackwellEubankJr