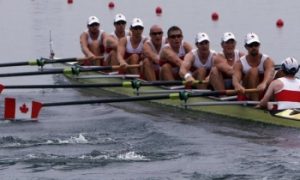 According to the Cluster Munition Coalition (CMC)—a charity that campaigns against the use of cluster munitions—the Royal Bank of Scotland (RBS), Lloyds TSB, Barclays, and HSBC are providing funding to companies that produce cluster bombs.

RBS, which is majority-owned by the U.K. government, recently agreed to a £49 million (US$80 million) loan to U.S. companies that produce cluster munitions, or their components.

Amnesty International’s Northern Ireland Program Director, Patrick Corrigan, said in an article on the organization’s website that High Street banks, like the Ulster Bank’s owner, RBS, “are making a mockery of U.K. law” by “shamefully investing” in companies that make these cluster bombs.

She described RBS as being “completely out of step” with the wishes of its customers, given the findings in their new opinion poll.

CMC Director, Laura Cheeseman, said: “The U.K.—and other countries that have already signed the ban treaty—should pass strong national legislation to make sure they are not contributing to the production of weapons that they have outlawed.”

Cheeseman noted that the treaty bans any assistance with prohibited acts, “and financing is clearly a means of assisting with the production and possible use of these weapons,” she said.

Cluster bombs were first used by Germany and the Soviet Union in World War II. One cluster bomb or artillery shell contains a number small “bomblets” within it, which disperse over an area that can be as large as several football fields.

Different types of cluster munitions can be used against personnel, armored vehicles, or runways. Some are designed to disperse chemical weapons, others can be used to short-circuit electric grid networks.

During the 1970s, the United States used large numbers of cluster bombs in Cambodia, Laos, and Vietnam. Cluster bombs have since been used extensively in the Gulf War, Chechnya, the former Yugoslavia, Afghanistan, Iraq, Lebanon, and in Georgia.

Cluster munitions pose a threat to civilians as a large number of bomblets malfunction and don’t detonate upon being dispersed. They then remain on the battlefield and can detonate years later. According to the CMC, one third of all cluster munition casualties are children.