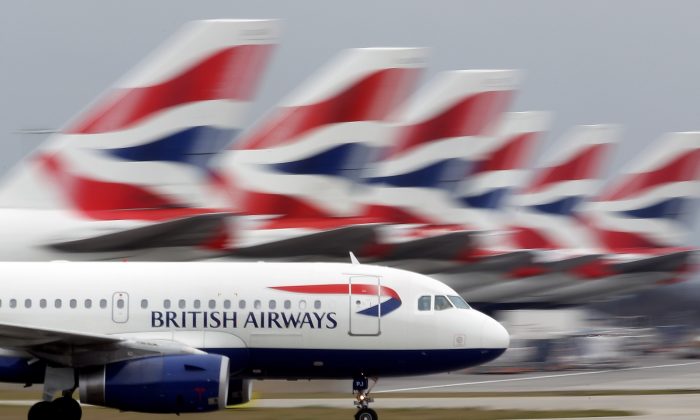 LONDON, ENGLAND - MARCH 19: A British Airways plane lands at Heathrow Airport on March 19, 2010 in London, England. The planned three day strike by BA cabin crew this weekend will now go ahead as talks between the airline and the union Unite collapsed earlier today. (Photo by Dan Kitwood/Getty Images)
UK

And it has done so for quite a number of years. Now, however, sources suggest that BA will change its policy for short-haul economy passengers.

This news comes a month after a change in leadership—Alex Cruz took over as chairman and chief executive of BA in April 2016. The airline has the largest fleet in the U.K. and comes in just after easyJet on passengers carried.

Cruz was named CEO of Spanish budget airline, Vueling, after it merged with Cruz’z Clickair in 2009.

Someone remind me what the difference is between a full service airline and a cheap one? https://t.co/I6yVsJn5mn

Charging for food and drink could reduce the overhead cost of BA flights, and possbily lead to fare reductions. Lower fares would allow the national carrier to better compete with low-budget airlines.

The Independent spoke with airline consultant John Strickland, who said he is not surprised by the move; he notes that the nearly century-old airline suffers from inconsistency.

“People are used to going onboard loaded with food from shops at the moment because they don’t know what to expect on BA—a full meal, or a wrap and a packet of crisps,” explained Strickland.

Strickland continued: “BA is in a no-man’s land at the moment. It needs to bring some clarity to better meet or manage customer expectations.”

There are speculations that BA will enlist Waitrose—a high-end United Kingdom supermarket chain—to supply high-quality snacks at a price.

Immediate changes in the meal policy as well as a Waitrose partnership are “pure speculation,” commented BA.

A spokesperson for BA said: “We are constantly reviewing every element of the experience our customers receive, including the in-flight catering, to ensure we’re delivering what they want. Everything we do is with our customers in mind and we will make changes that reflect their feedback.”