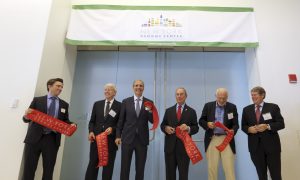 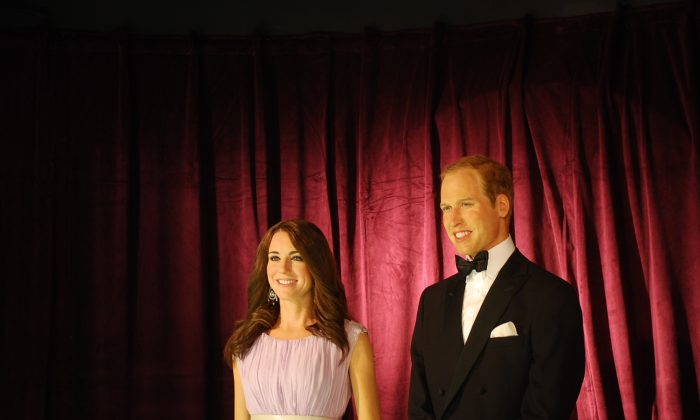 WASHINGON—The ‘British royal couple,’ the Duke and Duchess of Cambridge, are now in Washington, D.C., for a limited engagement. Wax figures of the royal couple were unveiled to the public at Madame Tussauds in D.C on Sept. 12.

The figures, on loan from Madame Tussauds in New York, are scheduled to be on display for eight weeks.

D.C. metro residents and visitors are now able to take photos with the celebrities.

The wax figures are extremely realistic replicas of Prince William and Kate Middleton. Unfortunately, the royal baby is not with the couple in the museum.

Joanna Hobday, senior sales and marketing manager at Madame Tussauds in Washington, D.C., expressed her excitement to have the Duke and Duchess of Cambridge among the noted celebrity figures in the museum.

The royal couple was at the top of the list of requests from Madame Tussauds visitors, according to Hobday.

Across from the Duke and Duchess of Cambridge are U.S. President Barack Obama and First Lady Michelle Obama. Other figures in the museum include Beyonce Knowles as well as actors Johnny Depp and Daniel Craig.

Although modern-day celebrities are now modeled in wax, the Madame Tussauds sculpting tradition dates back to the 1700s. Marie Grosholtz, now known as Madame Tussaud, was a French art tutor to King Louis XVI’s sister. Tussaud lived in the Royal Court in Versailles, according to the Madame Tussauds website. Marie took the Tussaud name after her marriage to Francois Tussaud in 1795.

Prior to her marriage, Madame Tussaud was imprisoned along with her mother during the French Revolution. Upon her release, she was forced to make death masks for executed nobles, including the king and queen of England. Later, in 1794, she inherited her teacher Phillippe Curtius’ wax exhibition.

Tussaud’s museum has survived destruction by fire in 1925, an earthquake in 1931, and a World War II blitz bombing in 1940, according to the Madam Tussauds website.