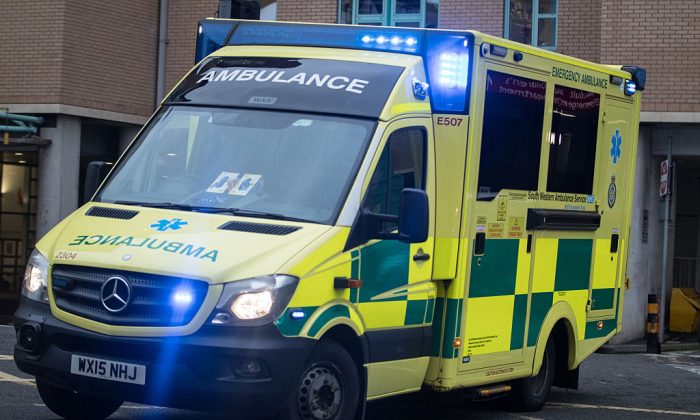 Almost exactly 70 years ago, the founders of Britain’s NHS dubbed it “the envy of the world”—a phrase that has shadowed the healthcare system ever since, echoed by doctors, public, and politicians alike.

That mantra was challenged on June 26, as research commissioned for the NHS’s 70th birthday celebrations showed it still trails many developed nations in the prevention of deaths from the most common causes, such as heart attacks.

“Access is good and people are protected from high costs, but its performance in treating people with cancer is poor, and international comparisons suggest too many people in the UK die when good medical care could have saved their lives,” said Paul Johnson, director of the Institute for Fiscal Studies, one of the organizations behind the research, in a statement.

The report, carried out by four major think tanks, including three leading healthcare organisations, shows Britain is in the bottom third of 18 Western countries at preventing avoidable deaths.

The NHS is also below average in the treatment of eight of the 12 most common causes of death.

The report, however, also concludes that the UK has one of the most efficient and “accessible” systems.

“Over the last 70 years, the NHS has transformed the health and wellbeing of the nation and become the envy of the world,” says the NHS official celebration website.

“Envy of the world” is often used to imply the NHS is unique in providing universal healthcare at the point of access. It isn’t, notes the report.

“Many other countries have tax-funded systems on a similar model to the NHS, like Spain and Italy, or compulsory insurance schemes backed by the government,” says the report. “However, on an overall view, it is also hard to argue that it remains the ‘envy of the world,’ as Aneurin Bevan, its creator, said in an age when far fewer other countries had universal health coverage.”

What is unique about the NHS is that it is the only state-owned and -run healthcare system in the Western world, and it is the fifth-largest employer of any organisation in the world.

“No other country in the world has adopted the NHS like-for-like,” says Kate Andrews from the free-market think tank Institute of Economic Affairs. “It is one of the most centralized systems in the world, that freezes out any market reforms or opportunity for patient choice.”

“Suggesting the National Health Service is ‘no longer’ the envy of the world implies that it recently held that status,” Andrews said.  “All major healthcare system comparisons—even the few that rank the NHS highly—have noted for years that its record on health outcomes range from mediocre to abysmal.”

The report said that the NHS was relatively efficient and good at managing longterm conditions such as diabetes, has slightly lower costs, but fewer resources. The report summary also notes the NHS offers “unusually good financial protection to the public from the consequences of ill health.”

“For example, it has the lowest proportion of people who skipped medicine due to cost,” it says.

But Andrews said that jumping from this to the conclusion of greater ‘accessibility’ in this context is “wildly misleading.”

“The NHS’s mantra, ‘free at the point of use,’ may well result in the lowest number of people forgoing medicine or care due to cost; but that does not take into the account the number of people who are put on 18-week waiting lists, have their operations canceled, or are prevented from seeing a doctor altogether because of the rationing that has to take place for the system to function,” she said.