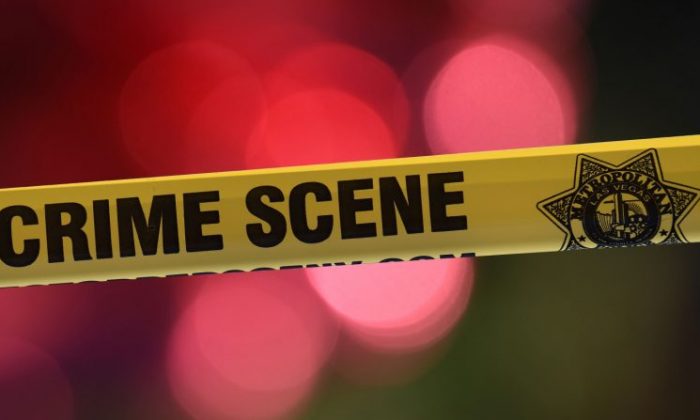 As many as 1,000 children may have fallen prey to a sex gang that groomed, gang-raped, and forced girls as young as 11 into prostitution.

The shocking plight of young victims reportedly went on for as long as 40 years in the British town of Telford, which has become synonymous with endemic child sex exploitation.

But, according to a report by the Mirror, girls in other UK towns, like Rochdale and Rotherham, also suffered at the hands of perverts and torturers.

Young victims were scoped, lured away, drugged, beaten, and raped in a web of intrigue and tragedy that saw multiple people murdered.

One of the victims, pseudonym “Holly,” was a victim of child exploitation in Telford from the age of 14.

She told Victoria Derbyshire, a journalist and BBC broadcaster, she went to a sexual health clinic for the morning-after pill twice a week for three years, but no one ever asked her any questions.

She shared with the Derbyshire on a televised program, not just details of the abuse, but also the failure of authorities to question what was going on, much less intervene.

“He beat me with his belt if I didn’t agree to let him rape me. Then he tried to make me and himself feel better by giving me money,” Holly told the reporter about how her abuser initially mistreated her, before revealing a horrific escalation.

“Telford is a very small area, so there’s nowhere to hide. If someone knows where you live and your daily routine, they’re going to find you. It quickly moved on to being sold every single day. So I was being sold two or three times per night. Taken into what I can only describe as a rape house, which was set up for the only purpose of girls being sold to men,” Holly continued.

Asked why she did not go to the police or try to break free of the abuse, Holly told of threats that she believed were very real.

“The reason I kept going back was they were threatening me with burning my house down, which was a real threat,” Holly said in the interview with Derbyshire. “And they would say they’d rape my mom, and rape my sisters. And they knew all about my family. There was just no escape at all.”

According to the Mirror, 16-year-old Lucy Lowe was killed in 2000 along with her mother and sister after her 26-year-old abuser Azhar Ali Mehmood set fire to their house.

Mehmood reportedly targeted Lucy in 1997 and she was just 14 when she gave birth to his daughter.

He was jailed for triple homicide.

But he was never arrested nor charged in connection with any child sex crimes over his illegal relationship with the schoolgirl.

Multiple victims told that Lucy’s death was used as a warning to other girls.

Holly said as the abuse got worse, it drove her to attempt suicide.

“I was gang-raped just after I turned 16. That’s one of the worst things that ever happened to me. After that, I tried to commit suicide. And everyone was saying to me that I was trying to cry out for help. No, I genuinely wanted to die because I thought that was the only way out.”

She also spoke of numerous times where intervention seemed possible, even likely, but in the end, hopelessly absent.

“I was in cars that were stopped and searched by the police, with older men and it was never questioned who I was, my name was never asked,” Holly said, according to the BBC.

“I just think if they’d been more proactive at points like that, things could have changed earlier. I was also going to the doctor at the youth sexual health clinic, a couple of times a week for at least three years for the morning after pill.”

Victoria Derbyshire asked in disbelief whether anyone ever inquired about Holly’s welfare.

“No questions were asked as to what was going on in my life,” she said.

A MailOnline report claims the police “victim blame” Telford sex abuse victims and cite an internal memo that allegedly states that “in most cases the sex is consensual.”

Police describe the rape of children as young as 11 as “mostly consensual” in shocking memo. #Telford #TelfordGirls https://t.co/EA52czfFHB

But child abuse lawyer Dino Nocivelli, cited by MailOnline, criticized West Mercia Police for their handling of the investigation.

Nocivelli told MailOnline, “The authorities just don’t seem to get it. Children cannot agree to sex. Just because a child is not being physically forced to carry out sexual acts, it doesn’t mean they consented. Many of these children will have been groomed and manipulated by their abusers and would have been threatened to keep silent. How can you say an 11-year-old is capable of consenting to sex with a 40-year-old? This is rape.”

Becky Watson had been abused since she was 11, after being lured in by another victim. She died aged 13, in a car accident that was later described by the driver as a ‘prank gone wrong.’ Her story is becoming all too common in multicultural Britain. #Telford #120dB pic.twitter.com/lvjxthdW8q

The report came a day after West Mercia Police Superintendent Tom Harding “significantly disputed” claims that 1,000-plus children may have been groomed over four decades in Telford.

“I don’t believe Telford is any worse than lots of places across England and Wales,” Harding said.

Harding was quick to add that addressing child sexual exploitation remained the department’s “number one priority” in Telford. But told the BBC, according to MailOnline “I am confident that, in the main, we do know the scale of CSE. Therefore, I significantly dispute the 1,000 plus figure and do feel it is sensationalized.”

This is Lucy Lowe.

Lucy was just 16 when she was made pregnant with her second child after being regularly raped by her rapist the 26-year-old Azhar Ali Mehmood. A taxi driver.

She was killed along with mum Eileen & sister Sarah when her rapist set her house on fire.#Telford pic.twitter.com/IMgypEM5qQ

Many media outlets, however, have accused the authorities of downplaying the abuse, ignoring evidence, and foot-dragging.

An 18-month investigation by the Mirror revealed a series of uncomfortable allegations:

Other reports surfaced of whistleblowers being demonized or even forced out of jobs.

I think you’re going to need a bigger list!!#telford pic.twitter.com/DgtRhAtLbS

The Telford scandal has been cast into the spotlight again as British Prime Minister Theresa May told Parliament recently that an inquiry into child sexual exploitation (CSE) in Telford should move forward quickly.

According to MailOnline, May said, “we have all been shocked” by the case, which she called “horrific.”