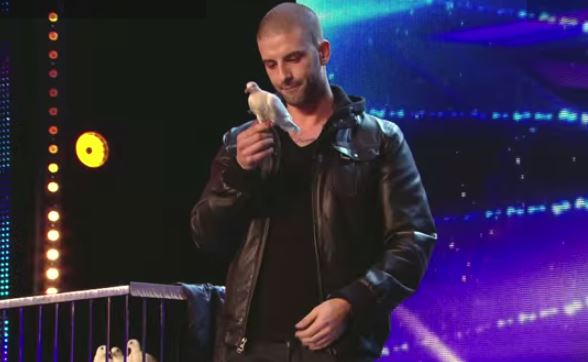 Magician Darcy Oake, one of the finalists for Britain's Got Talent Series 8. (YouTube)
Entertainment

Britain’s Got Talent Season 8 will wrap up on Saturday, June 7.

The final will run for two-and-a-half hours beginning at 7 p.m. on ITV.

Impressionist Jon Clegg has also been added as the wildcard.

And last but not least, magician Darcy Oake, who told The Canadian Press that he’s planning a “very dangerous” act in the finale.

Oake of Winnipeg in Canada has stunned the audience throughout the competition with his magic.

Oake wouldn’t reveal what exactly the act will be, noting that “it’s got to be a surprise, but he did say that it’s a new presentation of something he’s done a handful of times.

“The way we’re doing it, it’s risky — big time,” the 26-year-old said. “But I feel like each piece needs to be bigger than the last one, and this is kind of the only way to close out the show for me.”

The Canadian Press, which interviewed Oake, notes that one of his most dangerous tricks to date had him suspended by his feet trying to get out of a straightjacket before a bear trap hanging from a burning rope above him became loose.

Meanwhile, the show has already been renewed for another season.

Along with The X Factor and The Extra Factor, it was renewed through the end of 2016.

“I am thrilled that we have extended our deal with ITV for Britain’s Got Talent and The X Factor,” Simon Cowell said in a statement.

Britain’s Got Talent and The X Factor are two of the most popular and most talked-about shows on TV,” Peter Fincham, director of television at ITV, said in a statement. “They set the gold standard for entertainment production. We’re pleased to announce this deal which will see them continue to be an important part of ITV’s schedule.”