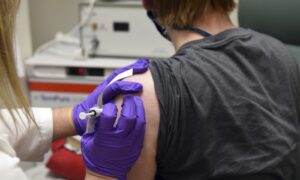 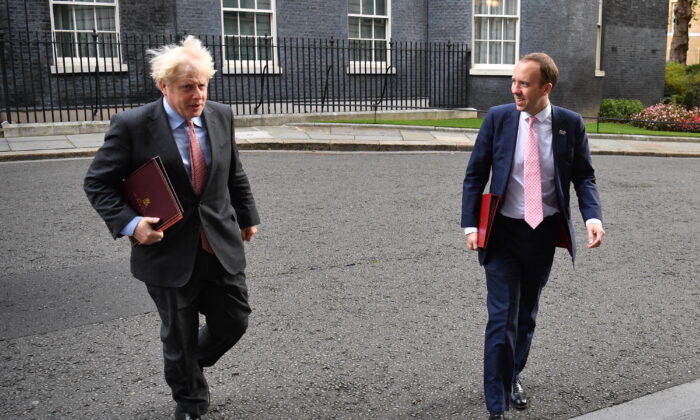 Britain’s CCP Virus Curbs Could Be Over by Easter: Johnson

Britain’s CCP virus restrictions could be over by Easter if a three-pronged approach of “tiering, testing, and the roll-out of vaccines” work to combat the disease over the winter.

That’s according to Prime Minister Boris Johnson who said an end goal date was in sight following the “fantastic news that the Oxford/AstraZeneca vaccine has been highly effective in clinical trials.”

Amid the promise of vaccines, Johnson told a press conference from 10 Downing Street on Tuesday that if people stick to post-lockdown tiering restrictions and seek tests where needed “things will look and feel very different indeed after Easter.

“That idea of an end goal date is important, because at last if the promise of the vaccines is fulfilled we do have something … our businesses can begin to plan.” He added that with hard work, the hope is to “innoculate the vast majority of the people who need the most protection by Easter. That will make a very substantial change to where we are at the moment.”

Johnson urged people to tough out the winter and stick to the rules.

All three vaccine candidates are awaiting final approval by regulators before they can be rolled out.

Even if all three vaccines are approved and the production timetables are met it will still be several difficult months including January and February before “we can be sure that we have inoculated everyone that needs a vaccine,” Johnson said.

“Science, and also the seasons when we get through to spring, will help to de-risk this infection steadily, step by step,” he said. “We’ll be able to pull back from these really oppressive things we have to do socially and economically to keep it under control at the moment.”

On the same day Health Secretary Matt Hancock told a joint session of the Commons science and health committees that “after Easter, we will be getting back to normal.”

He said that pending vaccine approval “those damaging social distancing interventions that have big downsides, whether economic downsides or social in terms of our wellbeing, I should hope that we can lift those after Easter.”

Andrew Pollard, a professor at Oxford University and the head of the Oxford Vaccine Group said the vaccine had been up to 90 percent effective in trials that had seen no one involved either being hospitalised or suffering serious symptoms.

New cases of the CCP (Chinese Communist Party) virus continued to fall on Monday with 15,450 confirmed which is the lowest figure for six weeks. Meanwhile, 206 deaths were recorded, seven less than on the same day the previous week.