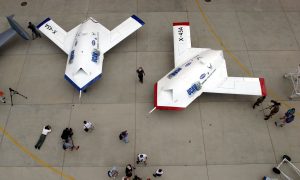 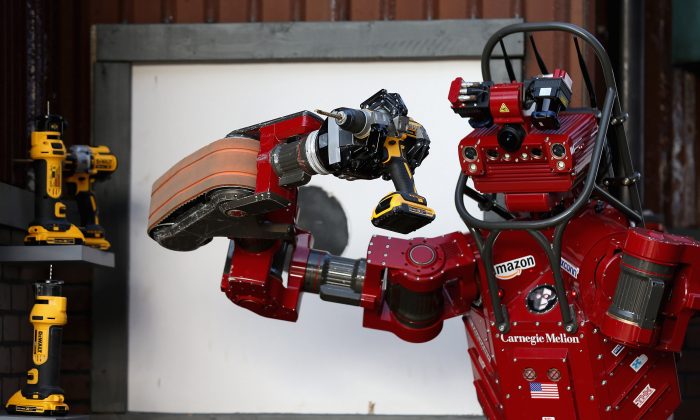 The UK is to launch a new “high risk, high reward” agency to quickly identify cutting-edge science and technology research, it was revealed on Friday.

The Advanced Research and Invention Agency (ARIA) will allow world-leading scientists the freedom to find and back “ground-breaking discoveries that could transform people’s lives for the better,” the government said in a media release.

It said ARIA will aim to seek out pioneers and support them to make innovations on a par with things like the internet and the Global Positioning System (GPS).

The agency’s hunt for research that is high risk but promises high rewards by making “transformational” innovations will be supported by £800 million ($1.1 billion) of government money.

The funding will be aimed at “the most inspiring inventors to turn their transformational ideas into new technologies, discoveries, products, and services—helping to maintain the UK’s position as a global science superpower,” the government said.

But the opposition Labour Party called for clarity on exactly what ARIA would be doing with the money.

Shadow Business Secretary Ed Milliband, according to BBC News, said the agency “needed to have a clear mandate and to be subject to Freedom of Information laws, to ensure transparency of funding.”

ARIA will be modeled on the U.S. Advanced Research Projects Agency (ARPA), which was key to internet and GPS development, the government said: also, on ARPA’s successor, DARPA, “a vital pre-pandemic funder of mRNA vaccines and antibody therapies, leading to critical COVID therapies.”

Business Secretary Kwasi Kwarteng said the UK’s new agency would cut back unnecessary bureaucracy enabling it to “drive forward the technologies of tomorrow.”

It will “experiment with funding models including program grants, seed grants, and prize incentives, and will have the capability to start and stop projects according to their success, redirecting funding where necessary,” the government explained.

“It will have a much higher tolerance for failure than is normal, recognizing that in research the freedom to fail is often also the freedom to succeed,” it said.

“But to rise to the challenges of the 21st Century, we need to equip our R&D [research and development] community with a new scientific engine—one that embraces the idea that truly great successes come from taking great leaps into the unknown.”

“ARIA will create new opportunities for high-risk, high-reward research. As world leaders in R&D and home to the brightest and best scientists, the UK has a unique opportunity to play to its strength with this new agency,” said Mathew Fell, Chief Policy Director at the Confederation of British Industry.

“Key to ARIA’s success will be strong business engagement to make sure the brilliant ideas developed can make it through to market,” he said.

“This [is] a prime chance for business, government, and the research and innovation community to work together and turn ambitions into realities,” he added.

The cash for the new agency was first announced by the Treasury last year as “blue-skies funding” in the 2020 budget.