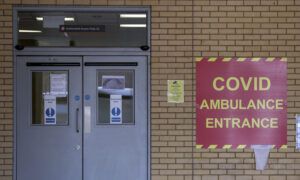 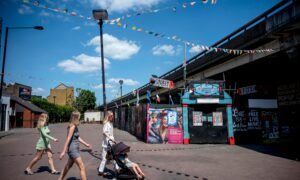 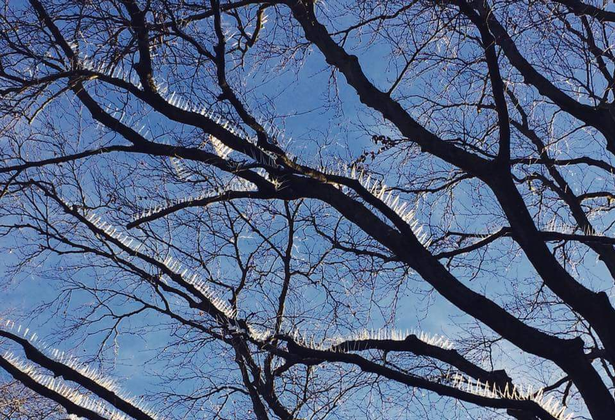 Residents in an upscale neighborhood have ruffled the feathers of the environmentally-conscious by installing anti-bird spikes on trees for no apparent reason other than to protect fancy cars from bird poop.

The spikes, which are typically used to prevent birds from loitering on ledges of buildings or nesting in nooks, have been attached to two trees in a district of Bristol, England, the Independent reported.

The BBC reported that Hillcrest Estate Management, a company under whose management the trees in question falls, stated it needs to protect vehicles at the “prestigious development” from pigeons, which roost in the branches.

Wildlife watcher Jennifer Garrett tweeted a photo of the prickly prongs, spotted on two trees on Pembroke Road in Clifton, saying: “Now birds are not allowed in trees?! Pigeon spikes spotted in Clifton, Bristol above a car park. Has anyone seen this before? How is it allowed?!”

Our war on wildlife: now birds are not allowed in trees…?! Pigeon spikes spotted in Clifton, Bristol above a car park. Has anyone seen this before? How is it allowed?!
?: thanks to Anna Francis pic.twitter.com/NuG9WvYBMj

Others have weighed in, sympathetic to the plight of pigeons.

This commenter says the prongs can result in serious injury.

I hate seeing disabled pigeons because I know it was those spikes that hurt them. Makes me so sad, what a life! 🙁 pic.twitter.com/1PeMiKTmaH

Spikey scroll: To prevent flying rats dumping on chariots, smart people fit spikes in trees. Hi-Vis Lycra wearing peddlers fear spikes may be fitted in cycle lanes. What charioteer would do such a thing?
https://t.co/hboACQfBEX

According to Bristol 24/7, local politician Paula O’Rourke has blasted the measures as a questionable human encroachment on wildlife habitat.

“I’m aware that the landowner might be legally within their rights to do this to the trees as they seem to be on private land. However, I will be looking into this at the council,” B24/7 reported.

“Whether allowed or not though, it looks awful and it’s a shame to see trees being literally made uninhabitable to birds – presumably for the sake of car parking. Sometimes it’s too easy to lose sight of the benefit that we all gain from trees and green spaces and from the presence of wildlife around us in the city.”

The Independent caught up with a resident, who insisted on anonymity and confirmed the spikes were installed to protect fancy cars from bird droppings.

“The spikes are solely to protect the cars, there is no other reason,” the resident said, according to the Independent.

“There is a big problem with bird droppings around here. They can really make a mess of cars, and for some reason the birds do seem to congregate around this area.”

The resident said the prongs were installed after other measures, including a “wooden bird of prey in the branches,” failed.

The anti-bird devices were reportedly installed in 2014, but only recently became the subject of intense scrutiny, after photos published on social media sparked heated debate.

Answer our poll below, and weigh in on whether you think spikes in trees are acceptable!