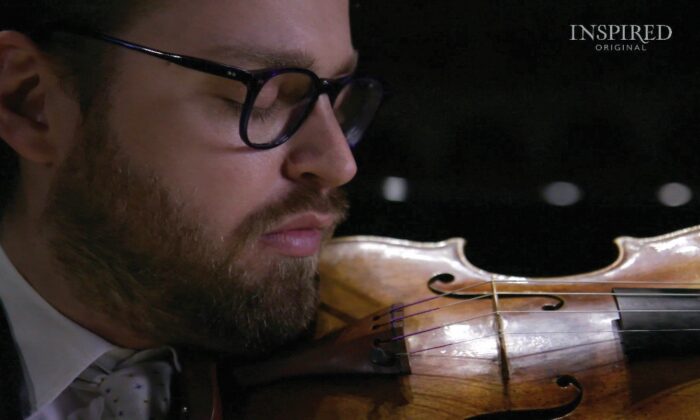 Bringing Truth and Tradition Back to Cinema

Since its inception in the late 1800s, cinema has become an integral part of today’s society. As such, it has become a highly influential form of media that has the power to affect an enormous number of people.

Yet, today’s Hollywood has chosen to prioritize greed over substance, with relevant themes taking a backseat to flashy CGI and blockbuster action. Meanwhile, the mainstream media floods the news channels with narratives and false information to avoid losing revenue.

To combat this trend, The Epoch Times has launched a new initiative: Epoch Cinema.

While EpochTV already provides in-depth news analysis, thought-provoking interviews, and award-winning documentaries free from big tech censorship, Epoch Cinema is our next step toward a truly immersive entertainment experience. Through this new platform, we hope to bring traditional values back into cinema.

For instance, the feature film “Violino” explores the lost art of classical music and why its melodies reach the souls of every man. By uncovering the origins of the magical sounds of a 300-year-old Stradivarius violin, this short film strives to reinvigorate the universal values inherent in traditional art.

Meanwhile, our extensive catalog of engaging content is also geared toward tackling real-world problems through the power of film. While big Hollywood studios refuse to cover these issues due to “political correctness,” Epoch Cinema has no such concerns as we strive to uncover the ugly truth behind the world’s biggest problems.

The film “Interview With The Antichrist” is a prime example, as it dives into stark questions about modern society. In addition, with series like “The Dark Origins of Communism” and “How the Specter of Communism Is Ruling Our World,” we look into how the deadliest ideology in human history is still very much thriving in America today.

Moreover, our library of critically acclaimed films highlights human principles in their storylines, emphasizing faith, morality, and loyalty. This is seen in films such as “Slamma Jamma,” which is a faith-based sports drama based on the themes of redemption and forgiveness. In it, we witness the struggle of a once-promising basketball player who must now overcome incredible adversity in his search for a new life.

All in all, this new exciting platform allows you to rent feature films and purchase early released movies all in one convenient location. With new films released regularly, we aim to bring truth and tradition back to filmmaking. Try Epoch Cinema today!