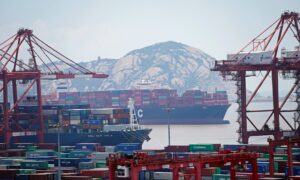 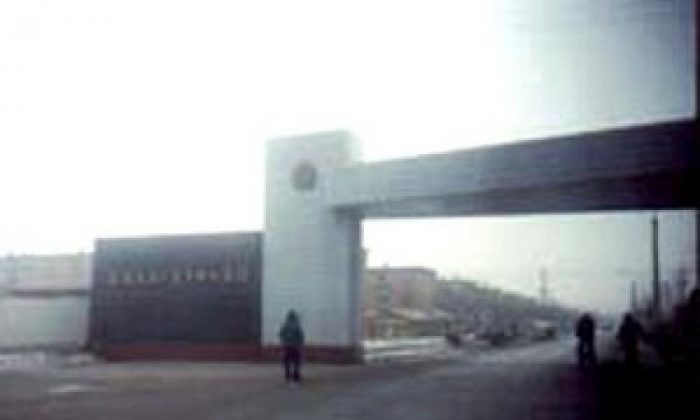 Even without cooperation from the Chinese regime, individuals can make a difference
By Heng He
Print

When Julie Keith of Damascus, Ore., opened a Halloween graveyard kit purchased at the local Kmart to decorate for her daughter’s birthday party, she didn’t realize that what she was going to see would come to be known around the world.

Inside was a handwritten note from an inmate in the Masanjia Labor Camp in China who asked for help. Keith felt she had to respond.

She posted a copy of the letter to her Facebook page. Her friends began discussing and circulating it. A human rights organization took notice. Then the Oregonian published an article about Keith and the letter. Within days, dozens of news outlets around the world carried the story.

With one Facebook post, Julie Keith had brought more attention to the issue of slave labor in China than the work of human rights activists over the past few decades.

That slave labor is used to make products in China is no secret. The U.S. Customs and Border Protection website states that most cases of products found to be made with forced labor are from China.

Since July 1999, when the Chinese regime launched a campaign to eradicate the traditional spiritual practice of Falun Gong, the issue of slave labor has become entangled with religious persecution. Most forced labor camps (formally known as camps for re-education-through-labor, RTL) and prisons became packed with Falun Gong practitioners. Forced labor for long hours was one of the measures used to try to force Falun Gong adherents to give up their beliefs.

For the past 13 years, the Falun Gong website Minghui (en.minghui.org) has published numerous witness and victim accounts about making products for export to the United States, Europe, and Japan.

From March 2003 to May 2004, the World Organization to Investigate the Persecution of Falun Gong (WOIPFG), a U.S.-based rights organization, published three reports on China’s export of forced-labor products.

One is Charles Lee, a Falun Gong practitioner and U.S. citizen. He was accused of trying to tap into China’s cable TV broadcast system for the purpose of broadcasting information about the persecution of Falun Gong and sentenced to three years in prison. Lee was forced to make products for export to the United States.

Another witness is a Christian house-church member, also jailed for her religious beliefs. She was also forced to make products in prison. It is believed that one of the reasons the regime kicked Aljazeera (English) out of China is because of this film.

Although the use of slave labor in China is well-known, specific cases are only rarely exposed, much less prosecuted and convicted. In each specific case that slave labor has been exposed, there has been a brave victim who took the first step.

In probably the only reported case of a conviction in the United States for using forced labor in China, a victim developed the evidence. Peter B. Levy was the owner of an office-products company that made binder clips in China for export to the United States. He lost business to his competitor, who made the same product in a Nanjing prison.

Mr. Levy went to Nanjing, found the evidence, and videotaped it. The New York Times reported the conviction of the Chinese company, probably the only report of such a case by a major U.S. media outlet.

Levy did his investigation in the period from 1995 to 1997. Once the regime started to persecute Falun Gong in July 1999, the population of the forced labor camps and prisons swelled. The capacity of the labor camps and prisons increased, and the amount of forced-labor products exported to Western countries also increased, along with the information, clues, and witness and victim accounts about China’s export of forced-labor products.

However, media coverage, efforts by law enforcement, and public awareness did not increase accordingly, until now.

Jennifer Zeng, a Falun Gong practitioner and one of two main characters in the recent documentary film “Free China,” was forced to make products in one of Beijing’s forced labor camps. After she escaped to Australia, she found one of the products that she had made in the labor camp—the stuffed toy rabbit for Nestle’s Nesquik advertising campaign.

When she was making the rabbits, she knew, as did her guards, that they were made for Nestle. She later found the same rabbit on Nestle’s website. The order to the labor camp was not made directly from Nestle but from a Chinese company, Beijing Miqi Toys Company.

Jennifer Zeng is pictured at the award ceremony for the Free Speech Film Festival, on May 12 in Philadelphia.  (Edward Dai/The Epoch Times)

The Sydney Morning Herald reported Jennifer’s story. It seemed that nothing else could be done on this issue. Western governments, media, and human rights organizations seemed to have little influence on Chinese companies.

Yet, a reporter from Le Temps (Geneva) in Beijing decided to dig deeper. Refused an interview request by Miqi Toys Company, Frederic Koller did his own investigation, and his report was published in Le Temps in Geneva in April 2002.

Almost one year later, Miqi Toys Company formally invited the reporter to revisit its facility. The company said that it had lost 70 percent of its customers since the publication of the report and denied it had subcontracted the rabbits to the labor camp.

If Jennifer hadn’t searched for the product that she was forced to make in the labor camp, if the reporter from Le Temps hadn’t carried out his own investigation, those who committed the crime would never have been exposed and caught. Sometimes the effort seems useless. Yet the impact is real, and every effort counts.