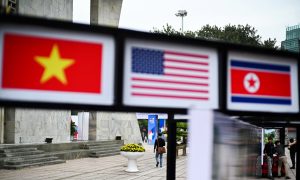 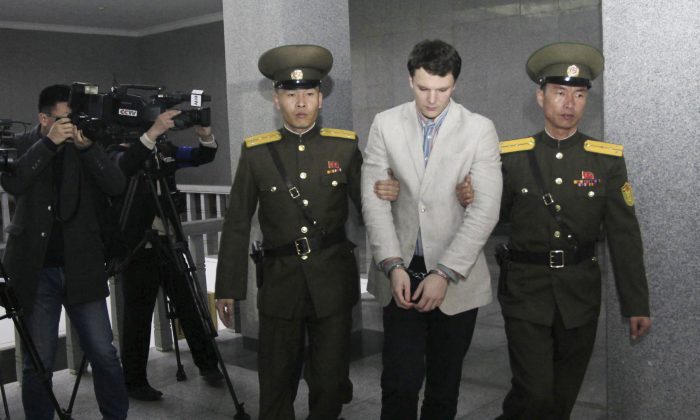 The recent Trump-Kim meeting in Hanoi achieved nothing concrete. President Donald Trump properly refused to remove all economic sanctions from North Korea as demanded by Kim Jong-un. Pyongyang offered only to close part of the Yongbyon complex, a sprawling site covering multiple facilities.

At both summits, the elephant in the room was ignored—North Korea’s horrific human rights record during three generations of a Stalinist monarchy. A 2014 United Nations Commission report concluded that the regime’s violence amounted to crimes against humanity and the perpetrators should be held to account at the International Criminal Court.

The decision to ignore human dignity at the earlier Trump-Kim summit and at the meetings South Korea’s president Moon Jae-in  held with Kim is regrettable. Many prefer to advance rights and denuclearization simultaneously. The Americans had to move cautiously at the first meeting. However, when human rights didsn’t appear on the agenda in Hanoi either, the decision to ignore them at the first meeting was revealed as a serious error.

Whether or not, Kim knew anything of Otto Warmbier’s brutal treatment, he is legally responsible under pertinent law, says Louis René Beres, professor of international law at Purdue University. The reason is a legal principle known as ‘Let the master answer’. If Kim bizarrely didn’t know what went on, he “ought to have known”.

Benedict Rogers, co-founder of the International Coalition to Stop Crimes Against Humanity in North Korea, wrote recently, “peace can only be achieved when the people … can live without fear –…of a nuclear attack or an invasion, … incarceration in a gulag, … horrific torture, slave labour and sexual violence, starvation, (or) execution.”

The Hanoi summit priority was North Korean denuclearization, but it is also a human rights issue. Australian judge Michael Kirby, who chaired the UN inquiry, declared that the nuclear programme is one of North Korea’s largest human rights abuses because it diverts (resources) from its people, and, if ever deployed, could threaten the right to life on a massive scale. The whole range of human rights abuses in North Korea should be part of the discussions.

For peace negotiations, the Ronald Reagan approach at Brandenburg Gate is noteworthy. Reagan helped liberate millions of people and bring down the Iron Curtain because he placed human liberty at the heart of his dialogue with Mikhail Gorbachev, stood firm in its defence, and linked human dignity with peace.

Trump and Kim met in Singapore on the 31st anniversary of the Berlin Wall speech where Reagan stressed, “There stands before the entire world one great and inescapable conclusion: Freedom leads to prosperity. Freedom replaces the ancient hatreds … freedom and security go together”. The “advance of human liberty”, he argued, “can only strengthen the cause of world peace.”

The denuclearization issue is equally difficult.  A recent satellite image analysis of the Sanumdong facility for producing inter-continental ballistic missiles and space rockets near Pyongyang revealed that North Korea may be preparing for a missile or a space launch-a development, which further compounds American frustration over the lack of progress in its bid to have the North give up its nuclear arsenal.

Despite the Hanoi summit ending in disarray, useful lessons were hopefully learned.

Rebecca Hersman of the Center for Strategic and International Issues (CSIS) in Washington says diplomacy is more important than ever. “… the President only gets one walkaway and now he has used it…So the question is how can the U.S. incentivise real concessions from North Korea without risking another dangerous round of provocation and crisis…?”

In-Bum Chun, former South Korean lieutenant general: “No deal is better than a bad deal ….the North Koreans… thought that because of President Trump’s internal political issues he would be easy to make a deal with in Hanoi…I hope (they)… learned their lessons about democratic nations — that even if you are the President of the United States, you can’t make a deal on a whim.”

Jean H. Lee, former Associated Press bureau chief in Pyongyang cautions “… the power of their personalities is not enough to resolve a standoff that has gone back 70 years …. the North Koreans can be (stubborn), especially when it comes to giving up their prized nuclear program.”

Christine Ahn, executive director of Women Cross De-Militarized Zone adds “…(They) have clearly made strides in building trust… Going forward, there must be a more robust official diplomatic process… that can help both governments come to greater understanding… I’m encouraged that both sides — though they walked away this round — have kept the door open for more.”

Despite all, the Korean peninsula, the region and the world are probably slightly safer than before both meetings.