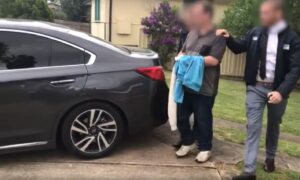 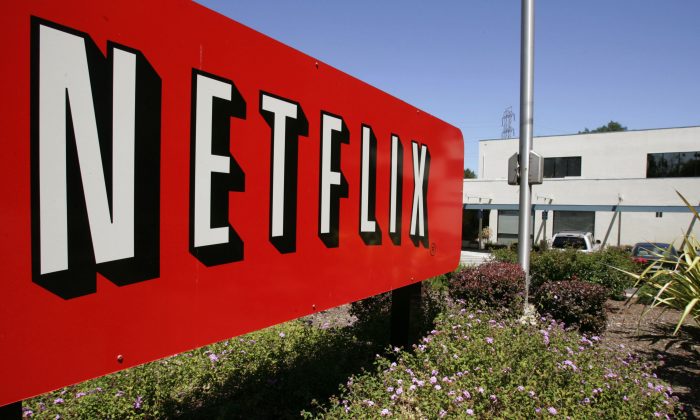 Two Republican lawmakers are calling on the Department of Justice to press charges against Netflix for “distribution of child pornography,” amid a “cancel Netflix” backlash against the streaming service prompted by its release of the film “Cuties.”

“As a father of three young daughters, I find ‘Cuties’ sickening,” Rep. Jim Banks (R-Ind.) announced on Twitter. “Glad to join [Sen. Tom Cotton (R-Ark.)] in calling on the DOJ to bring charges against Netflix for distribution of child pornography.”

Netflix has defended “Cuties” and said that people should watch it before opposing it. In a statement to The Epoch Times, a Netflix spokesperson said, “Cuties is a social commentary against the sexualization of young children and a powerful story about the pressure young girls face on social media and from society more generally growing up.”

“We’d encourage anyone who cares about these important issues to watch the movie,” the spokesperson added.

The film, titled “Mignonnes” in French, centers around an 11-year-old Senegalese immigrant named Amy who lives in Paris, and joins a group of dancers called the “Cuties” at school.

According to a description of the film on the Sundance website, Amy and her friends “enthusiastically embrace an increasingly sensual dance routine, sparking the girls’ hope to twerk their way to stardom at a local dance contest.”

The description also says that director Maïmouna Doucouré “focuses tightly on her rowdy protagonists, crafting a spirited film that nimbly depicts the tweens’ youthful energy and vulnerabilities while exploring their fumbling eagerness to be identified as sexualized.”

In an exclusive statement to the Daily Caller, the two lawmakers expressed their disapproval of “Cuties” and why they are calling the DOJ to bring charges against Netflix.

Cotton told the outlet: “There’s no excuse for the sexualization of children, and Netflix’s decision to promote the film ‘Cuties’ is disgusting at best and a serious crime at worst.

“I urge the Department of Justice to take action against Netflix for their role in pushing explicit depictions of children into American homes.”

In a statement to the Daily Caller, Banks characterized the film as “fodder for pedophiles” that “encourages very young girls to defy their parents’ wishes and share pornographic images of themselves with strangers.”

Netflix and the Department of Justice didn’t immediately respond to requests by The Epoch Times for comment.

“Cuties” was released in theaters in August in France, and began streaming on Netflix on Sept. 9. Just one day later, the topic “#CancelNetflix” was top on Twitter’s Trending List after more than 200,000 Twitter posts featured the hashtag.

A petition was also started last month on Change.org calling on people to cancel their subscriptions to the streaming platform over “Cuties” and other films that exploit children. It has gathered more than 621,000 signatures as of early Sept 12.

Sen. Josh Hawley (R-Mo.) on Sept. 11 issued a letter to Netflix CEO Reed Hastings, requesting that Netflix “immediately remove” the film from its platform and respond to a list of questions over the marketing of the film by Sept. 18.

.@Netflix should explain to the public why it is distributing a film, “Cuties,” that appears to sexually exploit children and endanger child welfare pic.twitter.com/OZH4HCLy0Y

“Netflix is airing a film called ‘Cuties’ depicting children being coached to engage in simulated sexual acts, for cameras both onscreen and off,” Hawley wrote to Hastings. “Your decision to do so raises major questions of child safety and exploitation, including the possibility of copycat behavior and exploitation of child actors.”

When the film premiered at the 2019 Sundance Film Festival in Utah, it won the “World Cinema Dramatic” directing award. On IMDb, an online film database, it received a 1.8/10 rating as of late Sept. 11. On film review aggregator website Rotten Tomatoes, “Cuties” received a critic review score of 88 percent, but an audience score of just 3 percent.

In August, Netflix issued an apology after public backlash over the film’s promotional poster in the United States, which showed the girls in suggestive dance poses and revealing clothing. The artwork stood in stark contrast to the French version that featured the fully-clothed girls running happily on the street; Netflix reverted to this poster for the United States following the backlash.

“We’re deeply sorry for the inappropriate artwork that we used for ‘Cuties.’ It was not OK, nor was it representative of this French film which premiered at Sundance. We’ve now updated the pictures and description,” the streaming service said in a statement published by Deadline.

This article has been updated with a statement from Sen. Tom Cotton (R-Ark.).