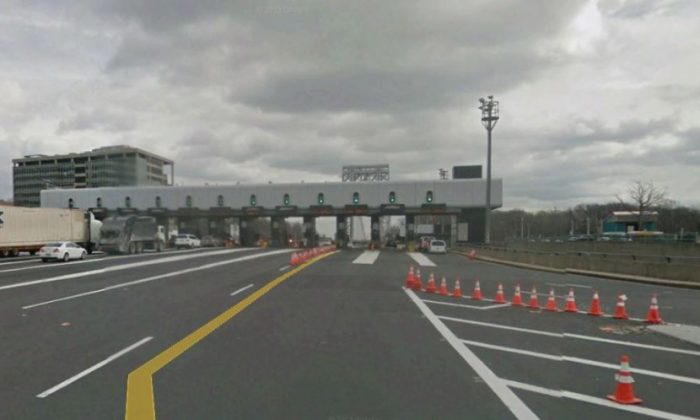 The Entrance to the George Washington Bridge.
Opinion

Ever since I was transfixed listening to what would be called Bridgegate testimony a year ago nearly to the day, the day that Governor Chris Christie deleted texts between himself and his aide Regina Egea, I have been following Bridgegate, live tweeting the hearings, reading everything I could get my hands on, and watching every development on TV. I tuned in today, too.

December 9, 2013, the day of the deleted texts, was the day I first realized Chris Christie’s appointees had a lot of explaining to do.  My first blog about Bridgegate was inspired by the testimony before the Committee on December 9. I actually called it Toll-Gate because it occurred within feet of the toll booth and not on the bridge and had not yet earned the name Bridgegate.

The reason I knew Christie’s Port authority appointee and former cheerleader David Wildstein, responsible for implementing the traffic jam, was in deep trouble was because I used to work for the Bergen County Traffic Department as a traffic enumerator where I counted cars at intersections. I conducted real “traffic studies”.  My very first one was on River Road in Edgewater, nearly a stone’s throw down the road from the GWB.  As a Municipal Engineer, I knew instantly what Bill Baroni had described to legislators was pure fiction and what David Wildstein had asked of PA employees was illegal and exactly which laws may have been broken.  The relevant statutes are Title 39, Chapter 4-8c(6) and 4-197.1.

Wildstein probably regrets now that what he thought was a little stunt, affected traffic for 2 Interstate Highways, I-95 and the Palisades Interstate Parkway, 2 Federal Highways, 1 and 9, Three State Highways, 4, 63, and 67, and two county roads, 56, and 505 in addition to the local approaches which handle traffic from Bergen County towns north and south – particularly from the Hudson River developments from Edgewater to Hoboken and Bergen County towns from Fort Lee to Alpine as well as New York State. There are a lot of folks still mad at him, but he probably most regrets he broke the law and may be why he tried so desperately to get immunity.

I am not surprised that there is now talk of possible indictments coming in January. Laws were obviously broken.

What We Know So Far

Senator Weinberg’s opening statement today at the meeting in Trenton to decide if the interim report from Committee Investigator Reid Schar should be released, gives a good outline of what we know so far.

Who You Calling Partisan?

After Senator Weinberg’s opening statement, NJ State Senator Kevin O’Toole and spent a good portion of the meeting ranting about the partisan nature of the Committee, to which his own poisonous attitude spoke volumes.  I wondered while listening, which Christie PR firm came up with the “Minority Report” O’Toole sputtered in a rush? It seemed more focused on attacking Co-Chairman Wisniewski personally than addressing anything in the Interim report from Reid Schar under discussion. Senator O’Toole appeared to list nearly every interview of the Committee Co-Chairs on MSNBC, without mentioning that Republican Committee members Bramnik and Shepisi were also regulars on MSNBC who also provided their opinions.

Assemblyman Greenwald, in a calm but bewildered tone, pointed out that he had never heard such a disrespectful unprofessional attack on another Legislator, making O’Toole’s rabid partisan rant seem as out of place and uncalled for as punk band at the Met.

The most intriguing bit of news from the interim report by the Committee’s lead investigator Reid Schar (which was leaked to the press last week by Republicans, according to Committee Co-Chair Wisniewski), were the 12 deleted texts between Regina Egea and Governor Christie that occurred during the testimony of Cedric Fulton, Robert Durando, and Executive Director Patrick Foye, the Port Authority employees who disagreed with the “traffic study” narrative. Which seems to imply Christie knew what Baroni had testified to and had so carefully prepared was unraveling in real time.

Like the missing minutes of the Nixon tapes, the deleted texts timing was determined, thanks to Andrea Bernstein of NYC.org, to be during the most incriminating “traffic study” testimony of December 9.

Quite damning.  Which may be why the Republicans on the Committee are trying to discredit the meaning and significance of those 12 deleted texts and why they felt it important to leak it at the end of last week, rather than when the Committee intended to release it – tomorrow. The deleted text exchange was actually initiated by Christie. The deleting of the texts puts further scrutiny on the traffic study testimony, which may be why Senator O’Toole was beside himself, desperately sputtering invective against Wisniewski and the entire reason for the Committee. If O’Toole wants the Committee investigated, a good start would be with testimony from him about what he knew.

Senator Weinberg actually alluded to Senator O’Toole in her opening statement without mentioning him by name because he helped foster and disseminate the myth of the traffic study in the press and his name appeared in pertinent emails.  He should have been a witness instead of a committee member.  His desperate attempt to call the lane closures lane “reassignments” sounded forced and Luntz-like.  The reason why the choice of language is critical to those trying to defend Christie is that in NJ lane “closures” without adequate notice to the proper authorities, is the very crime at the heart of Bridgegate.

Senator O’Toole was apparently used as a tool for advancing the lie at the heart of Bridgegate – the fake traffic study.  Wildstein redacted O’Toole’s name from his emails, apparently trying to protect him,  perhaps in hope that he would have a sympathetic ear on the Committee in gaining immunity.   Senator O’Toole even did a press release on November 25, 2013 pushing Baroni’s now discredited testimony and the false idea that somehow Fort Lee residents get special treatment.

Republican Assemblywoman Amy Handlin then disingenuously tried to make it seem like the Investigative Committee cost NJ taxpayers $8.8 million.  Fortunately, Assemblywoman Vainieri Huttle politely reminded her that most of the cost she blames on the committee was due to Christie’s extremely expensive whitewash report from Gibson Dunn that cost over $6.5 million.

Ultimately, it was a disgraceful display by Republican members of the Committee, blasting the partisan nature of the Committee, while absurdly ranting that the polite and patient Democrats who sat and let them rant until they got it out of their systems, were “out of control”.  The most surreal moment came when the Republicans demanded to know which news outlet squealed to the Democrats that the Republicans had leaked the report.  Senator O’Toole’s theatrical over-the-top performance gave Fox News some sound bites, but if Senator O’Toole thought he came off well, he was sadly mistaken.  He came off defensive and unhinged.  I hope they call him up to testify next. I’ll make popcorn…