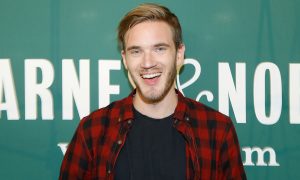 Dancing is such a huge part of weddings across the world, it’s one of the only occasions that gets everyone to the dance floor. However, for the bride and groom in this video, dancing represents something so much more.

After the ceremony in New Zealand the bride and groom get a surprise – guests from both sides of the family get up in front of them and start performing the Haka. The Haka is a traditional Maori dance that involves shouting, body-slapping and exaggerated facial expressions.

This dance was traditionally used as a war cry to intimidate enemies on the battlefield, but is now used in ceremonies, as a way to welcome special guests, begin celebrations, or to show respect.

In the video the bride, wearing her white dress and a wreath of white flowers on her head, watches as her whole family joins together to perform the traditional dance. Maori people believe it’s incredibly important to keep their tradition and culture in modern times, and the bride is quickly moved to tears.

The groom too looks incredibly moved, and to the express and delight of all the guests, he slips off his suit jacket and joins in. The men in their ties and bridesmaids in their silky dresses all dance with him, and finally the bride joins them.

When the Haka is over the bride and groom embrace with their guests, the friends, family and new family members, touching foreheads with one another. They are so moved to have had the traditional included as part of their ceremony. A cousin of the bride said, “They love the culture and diversity here. That matters more than anything.”

It’s an incredible performance – one I’m sure you’ll remember just as much as the guests! Watch the video to see the Haka performance for yourself!