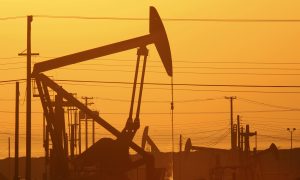 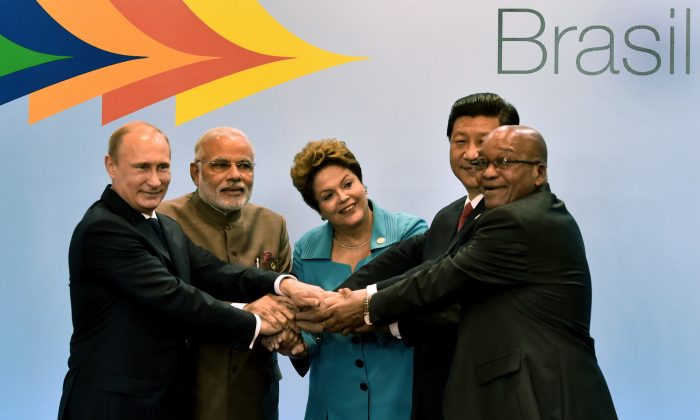 While Western nations beef up economic sanctions and NATO discusses what stance to take toward Russia, BRICS is maintaining tacit support for Moscow despite the Ukraine crisis.

This is not entirely unexpected. Yet, it suggests that the BRICS (Brazil, Russia, India, China, and South Africa) grouping’s commitment to the reform of the international system is to be taken seriously. And the Ukraine crisis has provided the group with a powerful opportunity to voice its shared opposition to Western powers’ self-assigned role as the custodians of the international community.

Last March, BRICS abstained from a vote at the U.N. General Assembly condemning Russia’s annexation of Crimea. The group also reacted angrily to comments made by the Australian foreign minister, Julie Bishop, that Russia should be banned from the next November meeting of the G–20 group of developed and emerging economies. The group reminded Australia about the equal status of the G–20 members: “The custodianship of the G–20 belongs to all member states equally and no one member state can unilaterally determine its nature and character.”

The current crisis has exposed the increasingly limited capacity the West has to bring emerging powers in line with its position. As the West tries to economically punish and politically ostracize Russia over its involvement in Ukraine, Moscow is forging a new economic and financial architecture with what is expected will be the economic powerhouses of the future.

The recent creation of a $100 billion BRICS development bank and a reserve currency fund worth another $100 billion, as an alternative to the Western dominated IMF and World Bank, are concrete examples of these countries’ intentions and capabilities.

BRICS has also shown its anti-Western stance by opposing Western attempts to review the international norm of the inviolability of sovereignty. It fiercely criticized the ousting of the Libyan leader, Moammar Gadhafi by a NATO-led intervention in 2011, perceiving it as a violation of the U.N. Security Council’s resolution 1973, which only authorized intervention in order to protect civilians. But the military operation quickly shifted to full-blown regime change and the assassination of the Libyan leader. It then more vehemently resisted attempts by Western powers to assist rebels in overthrowing Bashar al-Assad in Syria.

In Ukraine, though, it was Russia that breached the nonintervention principle. By invading and annexing Crimea, Moscow also violated the international norm of not claiming territory by force. Yet, BRICS maintained its support of Russia.

India and China—which face separatist movements in their own countries—in particular are turning a blind eye to Moscow’s association with pro-Russian rebels in Ukraine.

For them, the exclusion of Russia from BRICS is not an option. It would be akin to conceding defeat at a time when the group has managed to place itself as a viable political platform to promote meaningful institutional change in international relations.

The current dynamic of Western economic sanctions followed by Russia’s counter sanctions, the escalation of hostile language, and the growing threat of a wider military conflict involving NATO may well represent the final blow to an already dilapidated international order. This is clearly not good for the West, which has many overlapping interests with Russia from nuclear proliferation to fighting Islamic radicalism. Then there are the economic anxieties brought by imposing sanctions on the Russian economy.

In the long run, the policy of isolating Russia will prove highly disruptive to the international system. It will push Putin toward China, further consolidating a growing, and rather unhelpful, East–West divide in international politics.

Russia’s fellow BRICS may have sufficient leverage to restrain Russia’s aggressive anti-liberal nationalism, at the same time as opening new channels of negotiation with the Western powers. This could be done in the context of the G–20 where the BRICS group has made efforts to advance these emerging powers’ agenda of reforms.

The danger, however, is that Russia will remain uncompromising in its opposition to the West and will enjoy full support from BRICS. And the potential for the two blocs going head to head could well lead to a reform of the international system.

Marco Vieira is a senior lecturer in International Relations at University of Birmingham in the U.K. This article previously published at TheConversation.com.