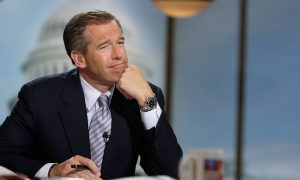 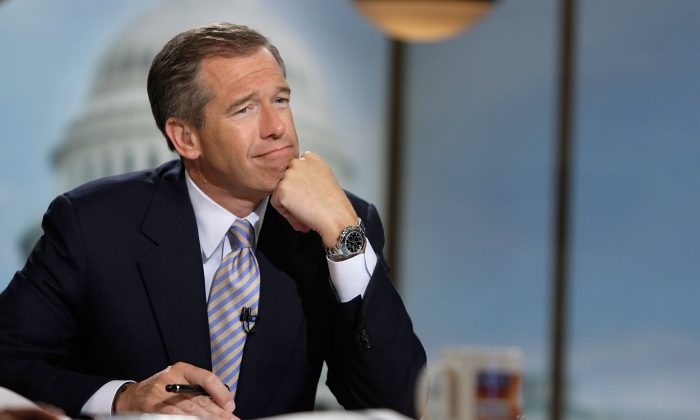 Brian Williams was a frequent guest on the talk show circuit. (Alex Wong/Getty Images for Meet the Press)
US

Brian Williams May Have Lied … Again

There’s speculation Brian Williams may have lied at least two more times after he admitted that he actually wasn’t on a helicopter that was hit with rocket fire during the Iraq war in 2003.

While it’s unclear if NBC’s internal investigation found any other instances where Williams lied, other news outlets have reported that the longtime anchor may have made up a few other stories. Last week, Williams, the host of “NBC Nightly News”,” was temporarily suspended by NBC after an internal investigation.

As the Huffington Post notes, Williams may have made up traveling with Navy SEAL Team 6, the elite military unit that killed Osama bin Laden in 2011. He started talking about his experiences with Team 6, including during a “Late Show With David Letterman” segment, where he said that “it happens to be a team I flew into Baghdad with, on the condition that I would never speak of what I saw on the aircraft, what aircraft we were on, what we were carrying, or who we were after.”

“Now, people might be hearing about SEAL Team 6,” Williams said on May 3, 2011, during “NBC Nightly News,” two days after bin Laden was killed. “I happen to have the great honor of flying into Baghdad with them at the start of the war.”

In a 2012 appearance on Letterman’s show, Williams said he told a commando that he liked his knife. “Darned if that knife didn’t show up at my office a couple weeks later,” Williams said.

The Huffington Post got a quote from former SEAL sniper Brandon Webb, who said Williams’ accounts with Team 6 seem disingenuous. “My initial reaction is it sounds completely preposterous. There’s a healthy dislike towards embedded journalists within the SEAL community,” he said. “I can’t even remember an embed with a SEAL unit. And especially at SEAL Team Six? Those guys don’t take journalists with them on missions.”

Williams’ war stories aren’t the only ones drawing scrutiny.

In 2008, Williams said he was on the scene when the Berlin Wall fell in 1989. “I’ve been so fortunate,” he said at an event at a Ronald Reagan Presidential Library forum. “I was at the Brandenburg Gate the night the wall came down.”

The predecessor to Williams, Tom Brokaw, was the only American anchorman who reported live from Berlin when the wall fell, CBS notes.

If Williams made up these two stories, it’s likely that his career as the face of NBC News is finished. But if he’s in the clear, there’s a chance he might come back when his six-month suspension without pay is over.

“What will happen: If NBC Nightly News ratings fall off the map, he has a chance — this is all about money, not ethics. And, if he does come back, his first broadcast will set an audience record and America will move on,” says Jason Vines, 54, who is an independent communications and government affairs consultant specializing in crisis management,  reputation management, and brand rehabilitation.

He stipulates, “What should happen: his suspension should be the end of Brian Williams as an anchor. He lied merely to create of false sense of his valor in warzones where are young men and women put their lives on the line. He breached the public’s trust.

“If anyone on any of my PR staffs were caught in a lie, there was no second chance. “

And by lying about a military-related story, Williams made the “ultimate mistake,” Richard Laermer, a media writer for the Huffington Post, tells Epoch Times.

“Williams made the ultimate mistake of lying about the military, which in this nation is sacrosanct. Unfortunately for him, he hit a nerve that won’t get smoothed over, probably anytime. It’s like spitting upward. And the fact that his on air apology was not one–and he used the military as his defense–makes it difficult for NBC to even consider having him back on air. Trusted news source he isn’t. Anymore,” Laermer says.