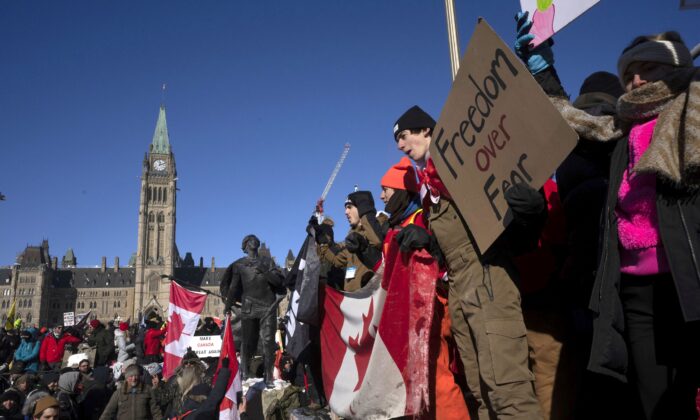 Protesters stand on the back of a truck during the Freedom Convoy demonstrations against COVID-19 vaccine mandates and other restrictions on Parliament Hill in Ottawa on Jan. 29, 2022. (Adrian Wyld/The Canadian Press)
The Reader's Turn

Brian Peckford: We Need Pragmatism When It Comes to the Constitution, Not Just Theory 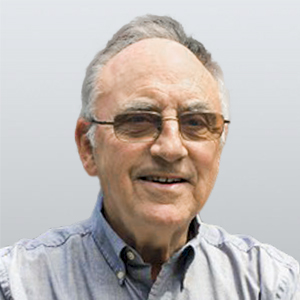 Brian Peckford
Brian Peckford was the third premier of Newfoundland and Labrador, in office from 1979 to 1989.
View profile
Follow
biggersmaller
Print

As the only surviving first minister who helped craft the patriation agreement of 1981 that authorized the Constitution Act of 1982, here’s my response to two commentaries that The Epoch Times recently ran on the Canadian constitution: “William Gairdner: The Charter at 40: How Canada Got Re-Colonized,” and “Bruce Pardy: After Two Days to Flatten the Bouncy Castle, Canada Needs a New Constitution.”

There is a little too much theory in these two commentaries, methinks.

The first commentary says, “It wasn’t until the British North America Act of 1867 creating the Confederation of Canada that we got fully responsible government.” If the “we” is Nova Scotia, that was 1848. Same for the Province of Canada and New Brunswick, 1851 for Prince Edward Island, and 1855 for Newfoundland. So says professor Robert MacGregor Dawson in his seminal book “The Government of Canada.”

The Charter of Rights and Freedoms was not Trudeau’s charter (his was defeated in his loss in the Supreme Court). It was the collective effort of 10 provinces (Quebec objecting at the end of the 17 months of negotiations) and the federal government.

As for the second commentary, we need to understand that achieving a new constitution is fraught with destroying our country altogether. It took 114 years to get a second Constitution Act to our existing Constitution. Does one think it will be easier to get a whole new Constitution? Quebec is not even part of the Second Act.

Before we start tearing down, we need to see if we can change what we have within the existing system.

Options are available, federally and provincially.

We need a reform.

We need a reform to our political parties so that they abide by and practice the existing rules of a true parliamentary democracy, true responsible government, and themselves be transparent and accountable.

We need to re-establish the supremacy of Parliament including, among other things, the active involvement of parliamentary committees over all major legislation with new rules to prevent the tyranny of the majority.

We need to abolish prime ministerial rule; it is inconsistent with the constitutional conventions of this nation.

We need to reform our educational system nationwide by introducing civics as a mandatory subject from Grade 8 to Grade 12.

We need to examine the relationship of our universities with authoritative, totalitarian regimes, and revisit whether such relationships serve the values of our nation.

We need organized-people-engagement on an ongoing basis to insist through themselves and through their elected representatives that:

-the judiciary abide by the plain meaning of the constitution as written;

-we are proud of our traditions and development and must return to the basics that built this country;

-we are proud of our customs, conventions, common law, and the evolution of a written rights and freedoms document.

This is only a start but we must organize and insist on major reform of the existing system and try it before destroying it altogether with a so-called new constitution.

Theoretical constructions are important to our nation’s debate in the public square but they too must be scrutinized to ensure reality and practical solutions in order to advance our democratic future built on the best of our past.

Brian Peckford
Follow
Brian Peckford was the third premier of Newfoundland and Labrador, in office from 1979 to 1989.