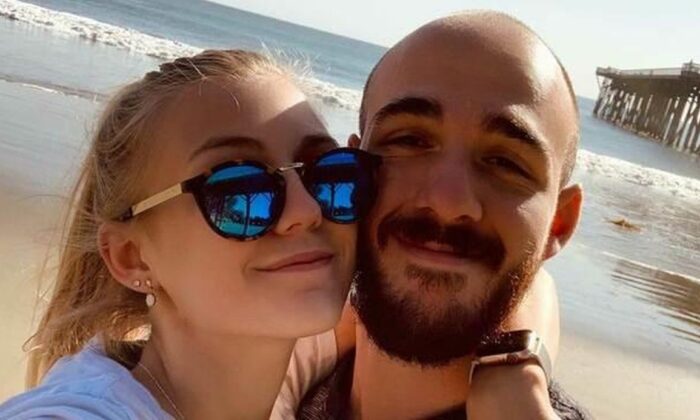 A portion of the notebook that Brian Laundrie left behind contained an alleged confession regarding her death, according to lawyers for the two families.

“I ended her life,” a line from the note says, according to WFLA and Fox affiliates. WFLA posted a photo of the notebook page that was obtained by attorneys of the families.

“I thought it was merciful, that it is what she wanted, but I see now all the mistakes I made. I panicked. I was in shock. But from the moment I decided, took away her pain, I knew I couldn’t go on without her,” Laundrie allegedly said.

In January, the FBI announced that the 23-year-old’s notebook found near his remains at the Carlton Reserve contained statements where he claimed responsibility for Petito’s death.

The FBI did not specify what, exactly, Laundrie had written in the notebook and in other text messages he’d sent to mislead Petito’s family. The texts were sent between Laundrie’s phone and Petito’s phone, according to the statement.

Authorities last year said Laundrie died by suicide from a self-inflicted gunshot wound in the reserve, located a few miles from his parents’ home in North Port, Florida.

“The timing and content of these messages are indicative of Mr. Laundrie attempting to deceive law enforcement by giving the impression that Ms. Petito was still alive,” the FBI’s statement said at the time.

Months before that, a coroner in Wyoming ruled that Petito died via manual strangulation. Petito and Laundrie had been on a cross-country road trip before her death, which drew international attention and headlines.

Petito’s body was found Sept. 19 at a campground near Grand Teton National Park in northwestern Wyoming. A coroner determined she’d died about three weeks earlier of “blunt-force injuries to the head and neck, with manual strangulation.”

Laundrie returned home to Florida in early September but went missing soon after. In October, his parents found an item belonging to him in a nature preserve near their house.

A lawyer for the Laundrie family issued a statement on Friday after he met with the Petito family’s lawyer.

“Today the Petito family attorney, Patrick Reilly, and myself met with the FBI in Tampa to sort through and take possession of the personal items that belonged to Gabby and Brian,” attorney Steve Bertolino told Fox News. “As part of this return of property in FBI custody I was given Brian’s notebook and I have turned [the] same over to Chris and Roberta Laundrie.”