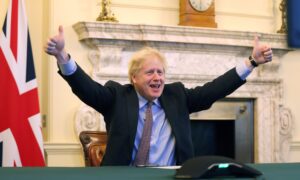 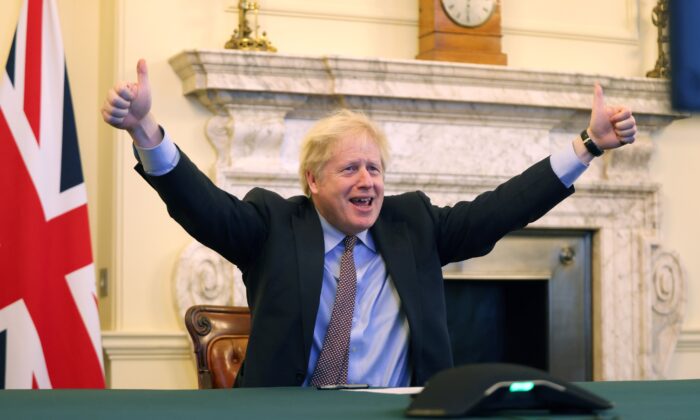 Britain’s agreement with the European Union on post-Brexit trade and cooperation is a “new starting point” for the UK-EU relationship, British Prime Minister Boris Johnson said on Monday.

Johnson made the comment after speaking on the phone earlier Monday with Charles Michel, president of the European Council, an EU body that comprises the heads of state or government of the EU member states.

We looked forward to the formal ratification of the agreement and to working together on shared priorities, such as tackling climate change.

“Just spoken with @eucopresident Charles Michel. I welcomed the importance of the UK/EU Agreement as a new starting point for our relationship, between sovereign equals,” Johnson wrote on Twitter.

“We looked forward to the formal ratification of the agreement and to working together on shared priorities,” he said.

Michel said he and Johnson discussed the “fair and balanced agreement” between the two parties, which is still being considered by leaders of EU member states and the European Parliament.

Looking forward to cooperate on COVID, a possible Treaty on pandemics; climate ahead of COP26 and foreign policy issues as allies sharing common values.

Also writing on Twitter, Michel said he was looking forward to cooperating with the UK “as allies sharing common values” on foreign policy issues as well as the COVID-19 pandemic, which was caused by the CCP (Chinese Communist Party) virus.

The UK and the EU clinched a deal early on Thursday, just seven days before the Brexit transition period is set to end on Dec. 31.

The deal will “set solid foundations for a new start with a long-term friend,” European Commission President Ursula von der Leyen said on Thursday after announcing the deal.

Calling the UK “a trusted partner,” she said the EU and the UK are “long-standing allies” who share common values and interests, and will “stand shoulder to shoulder to deliver on our common global goals.”

Also talking on Thursday, Johnson said the deal “means a new stability and a new certainty in what has sometimes been a fractious and difficult relationship.”

“We will be your friend, your ally, your supporter, and indeed—never let it be forgotten—your number one market,” he said. “Because although we have left the EU, this country will remain culturally, emotionally, historically, strategically, geologically attached to Europe, not least through the four million EU nationals who have requested to settle in the UK over the last four years and who make an enormous contribution to our country and to our lives.”