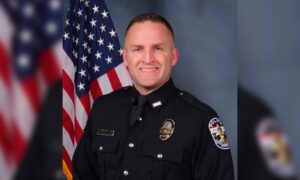 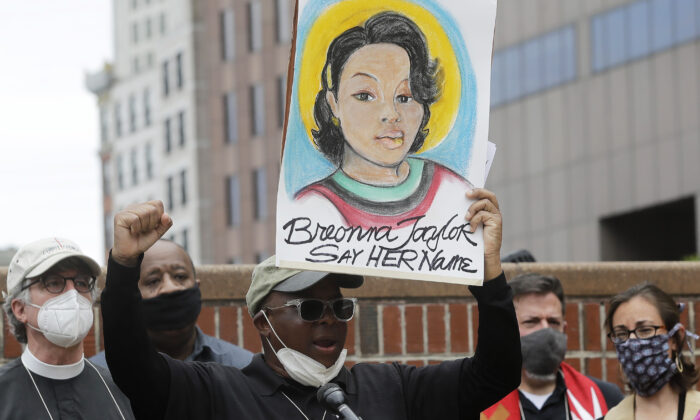 In this June 9, 2020, file photo, Kevin Peterson, center, founder and executive director of the New Democracy Coalition, displays a placard showing Breonna Taylor as he addresses a rally in Boston. (Steven Senne/AP Photo)
US News

Federal officials are working to probe potential civil rights violations by the Louisville police officers involved in the shooting of Breonna Taylor, a woman who officers shot dead in her own home.

“We have our best agents working on this,” Robert Brown, the special agent in charge of Louisville’s FBI field office, said during a Wednesday conference call with activists. according to the Associated Press.

“This is definitely our top priority,” he added.

Taylor, a 26-year-old black woman, was shot in March by officers who had a search warrant for her apartment. The officers found no drugs in the residence.

Brown declined to go into specifics on the state of the investigation. He said he’s aware that the public wants answers but added: “In my experience it’s better to be meticulous and do it right, than to rush.”

“These are very complex investigations,” he said.

The FBI is in touch with Attorney General Daniel Cameron’s office but both are conducting separate probes. Louisville’s City Council announced last month it would review how the administration of Mayor Greg Fischer, a Democrat, handled the shooting of Taylor.

The only official action taken against the three officers involved came on June 23, when one, Brett Hankison, was fired.

Interim Police Chief Robert Schroeder said the officer “displayed an extreme indifference to the value of human life when you wantonly and blindly fired ten (10) rounds into the apartment of Breonna Taylor.”

Activists want the other two officers fired and all three charged.

The call with the FBI was arranged by Christopher 2X Game Changers, a Louisville-based nonprofit that works to advocate for peace and justice.

Christopher 2X, who heads the group, told reporters after the meeting that activists wanted “to raise this conversation about the federal investigation.”

“Little has been talked about, about the federal level investigation, which is really, really, a deep issue. And we can’t dismiss how deep an issue this is, as far as her civil rights being violated,” he added.

The FBI’s Louisville office said in a statement that speaking with the activists and Sen. Rand Paul (R-Ky.), who was also in the meeting, “afforded us the opportunity to start a broader conversation with the public on the FBI’s role in investigating Civil Rights complaints, to include our most recent incidents in Kentucky.”

“While we recognize there is so much more work needed to be done, we are grateful for their willingness to open the lines of communication,” the FBI said.