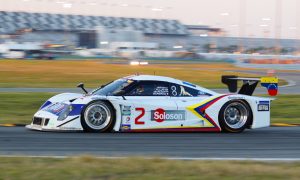 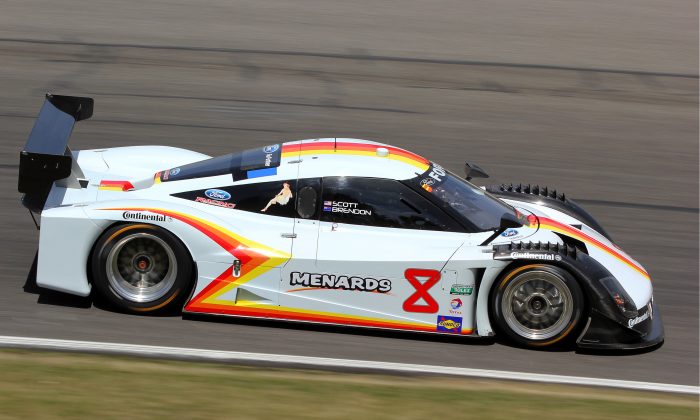 Brendon Hartley, driving the #8 Starworks Motorsports Riley-BMW, scored his first series win at the Grand-Am Rolex Sports Car Series VisitFlorida.com Sports Car 250 at Road America Saturday afternoon. Hartley was fast and lucky: he inherited the race lead when a late full-course caution destroyed the strategies of most of his opponents, and then drove away from his pursuers to win by more than four seconds.

The 23-year-old New Zealander was a bit choked up as he exited the car in Victory Circle; he hadn’t won a race in a while, and had had victory snatched from his grasp by bad luck at the Rolex race at the Circuit of the Americas in March where he collided with a GT car while leading the race with seven laps to go. To have the breaks fall his way, and to get a chance to show his pace while winning a race, was a tremendous redemption for the young racer.

“This is quite an emotional win—you know we lost the win back in February [sic.] This one really meant a lot to me—it’s been a while since I’ve won a race,” he told Speed-TV as he exited the car and pulled off his helmet.

“Back then I had tears—and these are tears of joy today. This definitely made up for it.

“The car was really good today. Just a massive thanks to everyone at Starworks; it’s been a journey.”

Hartley raced in New Zealand until 2007, when he moved to Europe. He worked as a test and reserve driver for the Red Bull, Torro Rosso and Petronas F1 teams and raced in Formula Renault, WEC and ELMS, but hadn’t won a race since 2009. Starworks, which also had a WEC team, invited Hartley to drive in the Rolex series in 2013, and finally, it is working out for both parties.

The other Starworks car, the championship leading #2 of Ryan Dalziel and Alex Popow, blew its engine late in the race, but still managed to hold on to the lead by four points.

In GT, Bill Auberlen drove his #94 Turner BMW M3 to its absolute limits: not just of traction and acceleration, but also of fuel. The same yellow flag which upended the Daytona Protoytope field and gave Hartley the lead, played havoc with the running order in GT.

Auberlen fought his way into the class lead with some amazing driving, passing Ken Wilden in the #61 Aim Autosports Ferrari, losing the lead, and taking it back all in one lap. The Auberlen pitted, which gave him decent track position after the late caution.

Auberlen fought his way past Patrick Long’s Park Place Porsche and opened a decent gap, but had to slow in the final two laps as he almost ran out of fuel. He crossed the finish line 2.8 seconds ahead of Long, and ran out of gas. His team mate Maxime Martin, who finished third in the #93, had to push Auberlen back to the pits.