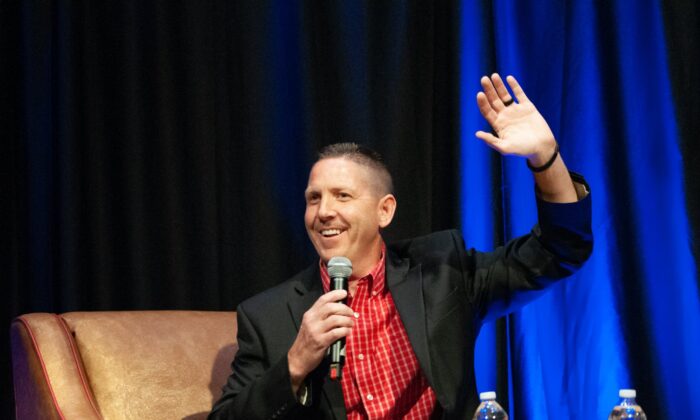 With 95 percent of the vote counted on Aug. 23, Brecheen gained 52.2 percent compared to 47.8 percent for Frix, according to the Associated Press.

Oklahoma’s 2nd district includes most of eastern Oklahoma from Texas to Kansas. Mullin has occupied the seat since 2012. He stepped away from that role to run for Senate to replace retiring Republican Sen. Jim Inhofe. Mullin defeated T.W. Shannon in the GOP Senate primary on Aug. 23.

When the results for the June 28 Republican primary were announced, Frix finished atop a field of 14 candidates with 14.7 percent of the vote followed by Brecheen’s 13.8 percent.

The race was so tight that Muskogee chief of police Johnny Teehee (13 percent), former Oklahoma state representative and former chairman of the Oklahoma Republican Party John Bennett (11.3 percent), and Quapaw Nation secretary-treasurer Guy Barker (11 percent) were hopeful until the race was called.

At a debate earlier this month, Frix asserted that Brecheen is a “never Trumper” while Brecheen responded by pointing out social media posts showing his support for former President Donald Trump.

The 43-year-old Brecheen served for eight years in the Oklahoma State Senate while the 28-year-old Frix has six years of experience in Oklahoma’s House of Representatives.

Frix and Brecheen agree on most issues, including inflation and escalating government spending.

Brecheen said that “we’re a nation that’s teetering on fiscal bankruptcy. We have a $30 trillion national debt. It takes courage to cut back.”

Brecheen explained that states should have the power to regulate energy production and Frix added that “we have to get the federal government out of the way and allow our oil and gas companies to drill on those federal lands.”

Regarding the abortion issue, Frix said that “I believe that life begins at the time of conception” and Brecheen said that “the Constitution as hinged on the Declaration of Independence says we have a right to secure the right to life on the federal level.”

Both candidates said they did not get the COVID-19 vaccination.

Brecheen said he has twice contracted COVID and that he is protected by natural immunity.

Frix called COVID-19 a “Chinese virus” and said that the decision to get the vaccine should be an individual choice and not forced by the government.

In a heavily Republican district, Brecheen is favored to win in November.

In 2020, Mullin prevailed with 75 percent of the vote while Democrat Danyell Lanier finished with 22 percent.