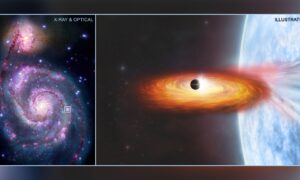 Breastfeeding Boosts IQ, Should be Encouraged Throughout US Society: New Study

Breastfeeding boosts IQ by about 4 points and mothers that don’t breastfeed are creating a “vicious cycle … wherein lack of breastfeeding begets lower IQ, which begets lower socioeconomic status and thereby decreases the probability of breastfeeding the next generation, and so on,” according to Dimitri Christakis of the Seattle Children’s Research Institute, who authored a new study on IQ benefits related to breastfeeding.

The impact of mothers not breastfeeding—given the connection between IQ and educational attainment and delinquency–have “real implications both for the individuals involved and for society as a whole,” writes Christakis in a paper published with the study. “Of course, the inverse would also be true: over successive generations, breastfeeding would be expected to increase IQ, which could increase socioeconomic status and in turn increase the probability of breastfeeding, creating a virtuous cycle and facilitating a rise from poverty.”

Basically, Christakis says, most people and organizations are already convinced breastfeeding is an important cause, but his study adds incentive for mothers and society to push for more breastfeeding because of the connection to IQ benefits.

Among other recommendations, he says the breast pumps should be covered by insurance companies and that employers should provide spaces for mothers to use them, and breastfeeding in public should be “destigmatized,” or made to appear normal.

“As with lead [the campaign to reduce childhood lead exposure], some of these actions may require legislative action either at the federal or state level,” he writes. “Let’s allow our children’s cognitive function be the force that tilts the scale, and let’s get on with it.”