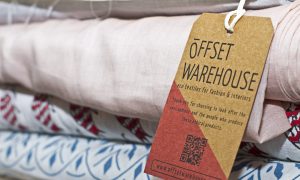 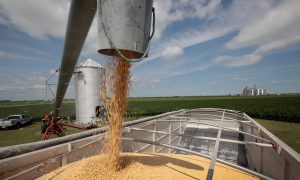 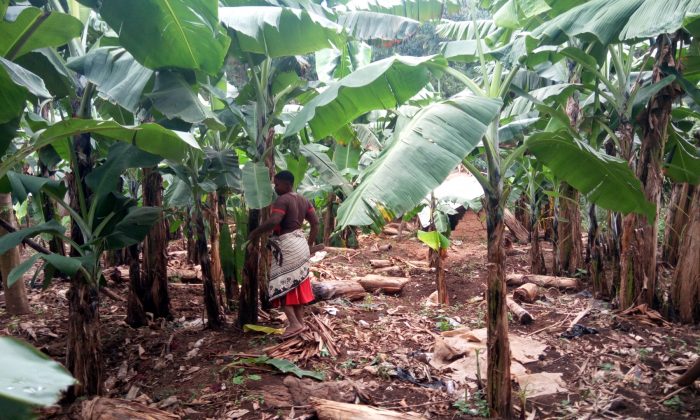 BWERENGA-ENTEBBE, Uganda—Emma Naluyima, a successful pig farmer, veterinarian, and revolutionary small-scale farmer in Uganda, has been a trailblazer in many ways.

“When I started farming, I didn’t have anything. I didn’t have land, so I asked my father for a piece of land, and he gave me one acre. I had only my brain and the land; that’s the capital any farmer needs to have,” said Naluyima.

Through her hard work, she has not only defied those in Africa show say women aren’t supposed to own land, but also proved wrong a common belief that a successful farmer in Africa needs to have a huge acreage of land.

Now, Naluyima, a 39-year-old mother of three, is earning a living off her one-acre piece of land, turning it into a profitable and sustainable venture. She says she is also determined to pass on her knowledge to the younger generation.

Naluyima’s farm is located about 2.5 miles off the Kampala-Entebbe road in Bwerenga village. The compound is filled with different fruit trees and birds flying around. Her farm has been commended for being well-managed and preserving biodiversity.

It’s the fruition of Naluyima’s labor and vision to create a sustainable and productive agricultural system that could feed the entire community.

“I didn’t have anything, and even the land my father gave me was a thicket. I used what was on the ground—the soil—to make bricks, I cut down the trees to bake the bricks, and I borrowed $800 to pay workers, build a piggery, and buy stock,” Naluyima explained. “I started with four [female] pigs and one male.”

Unlike many other well-educated young people in Africa who often look down on farming as unprofitable, primitive, and mostly for those who are not fortunate enough to get a good education, Naluyima quit her well-paying government job to start farming.

It was an activity that was viewed by her peers and the entire neighborhood as a waste of time and resources.

“During my internship as a veterinary student, I was lucky to work on someone’s farm. And in that family, they didn’t buy anything, everything was coming from the farm,” she said, explaining what sparked her interest in farming. “When you look at other farmers in the country, they have so much land, and manure, but they can’t even afford to feed themselves. I just put that to the back of my mind.”

Inspired to be a farmer, Naluyima asked her father for the piece of land about a decade ago to start her own pig farm. Like many other young African entrepreneurs, the young veterinary officer had no capital to start her business; she had to borrow money from friends.

“I started rearing pigs, then got some local chickens,” Naluyima explained. “I sold the eggs and paid the workers. The pigs grew and gave birth, so now I had more money from the pigs. I went back to university to do my Master’s [degree], and paid $1,000 through the proceeds from the pigs. I finished school, I got married, and I came along to my husband’s home with my pigs.”

Naluyima ensures that her farm activities don’t disrupt the natural functioning of the ecosystem, where the soil nutrients and biodiversity structure are maintained to create a farming system that doesn’t rely on pesticides.

Using the life-cycle of a housefly as an example, she explained how she practices integrated farming.

“The dung that comes from the pigs, we leave it out for flies to come and lay eggs on, then we cover it. We get the maggots and feed them to the chickens. We introduced earthworms to the dung. As the earthworms feed on the soil, they produce humus and a liquid; we use it as a pesticide and fertilizer, while we use the humus to grow vegetables,” she said.

Not wasting anything and skillfully using all the resources on her farm economically, Naluyima further tries to recycle everything. Water in her fish ponds is used to irrigate the vegetable gardens, and from the cow dung she makes biogas.

Naluyima takes farming as a priority, training other farmers and reaching out to the community, even going to churches to speak about the importance of farming.

She used to be overwhelmed with invitations to go to people’s farms, women’s groups, and learning institutions to train farmers. But such work takes up a lot of her time, limiting her ability to concentrate on her farm work.

So Naluyima decided to start a school to pass on knowledge and skills to the younger generation, so that they can help their parents and take farming seriously.

“Agriculture is the backbone of the country. Surprisingly, an average farmer in Uganda is 52 years old, but an average Ugandan is a 14-year-old child. When you look at the demographics, it means a time will come when there will be no farmers. That’s why we are particularly training kids.”

Additionally, Naluyima says that children are losing touch with the land and where food comes from.

“These children now think milk, vegetables, and fruits come from the fridge in the supermarket. We need to teach them how to farm in their early years,” she said.

Naluyima is the proprietor of the MST Junior academy, a school that teaches young children time management, the value of money, and the culture of saving the vital asset of agriculture.

“We have to teach the young kids so that they also take it up [farming]. The young trees are the ones that make the forest, so we just want to make a good forest for the future,” she commented.

In addition to educating children, she has vowed to spread the farming message and teach other women to be farmers in her country.

Agricultural development is an important factor in fighting poverty and is the source of food that will feed the world’s approximately 9.7 billion people by 2050, according to U.N. estimates.

In Uganda, 70 percent of employment is provided through agriculture and smallholder farming, which occupies half of the country’s land as well as being the source of half of Uganda’s exports, generating a quarter of Uganda’s GDP, according to the World Bank.

As rural farmers in Uganda are struggling to find sustainable solutions to their challenges, experts met in Addis Ababa, Ethiopia, to tackle problems affecting smallholder farmers in Africa.

Speaking at a recent event, “Catalyzing African Agricultural Transformation Through Public-Private Partnerships,” Ousmane Badiane, chair of the African Agricultural Technology Foundation, said that a steady stream of farming innovations is crucial for the success of ongoing efforts to transform smallholder agriculture in Africa from subsistence farming to commercial production.

New technologies can be especially beneficial for encouraging more young people to embrace careers in agriculture.

“We need to move decisively to disrupt the status quo that is denying African farmers access to potentially transformative technologies,” Badiane said, according to The Reporter Ethiopia.

In line with Uganda’s Vision 2040, the National Development Plan II and the new Agriculture Sector Strategic Investment Plan hope that prioritizing agriculture as a growth opportunity will spur socioeconomic transformation of Uganda into a middle-income country by 2040.