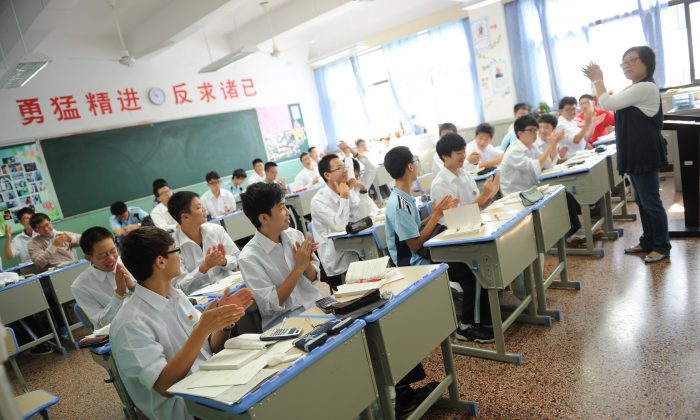 If one day your middle school math teacher with a happy family and 3-year-old son turns out to be a drug dealer who has a huge network from which students from 37 universities nationwide purchase marijuana, you will probably feel that “Breaking Bad” isn’t just a TV series, but something much closer to reality.

The story climaxed on Dec. 28, when police in Wenzhou, China, arrested 23 suspects, seized over 200 kilograms of drugs, and eradicated over 6,000 marijuana plants, which were grown in multiple enclosures covering 3.3 acres, according to The Paper, a Shanghai-based, state-owned news website.

The discovery of this drug ring began this May, when police of the Longwan District in Wenzhou, a coastal city in southeast China, found some signs of drug deals in a QQ chat group, a popular Chinese social media.

A group was established to investigate the case, and discovered that the deals were made using instant messaging tools. Money was exchanged using a third-party payment utility like PayPal. The drugs were disguised as tea leaves or chocolates in mail packages and sold nationwide.

Mr. Sun, the ringleader, is a graduate of an agricultural program at Jilin University, a renowned national research university in China, and was once admitted to the Masters program at the University of the Chinese Academy of Sciences, a higher education institution under China’s top scientific academy.

His agricultural knowledge was used to develop high-quality marijuana at home, and he was planning to expand his planting once his enterprise matured.

Mr. Sun took up the drug trade by accident. Last May, he bought 30 grams of marijuana from an Internet user and sold it to others to make a profit from the price difference. Sun was pleased that the “business” basically had zero costs and was able to bring in quick money. So he was tempted to try his hand.

He established three QQ chat groups with himself as the administrator. As his illegal business network expanded to many places in China, he rented a house to store, package, and mail marijuana. He didn’t let his family know of his crimes.

Sun had over 10 subordinates. The one who sold the most marijuana, Ms. Wu, is a 16-year-old girl, who just graduated from middle school in the southern province of Guangdong. She was arrested in late June.

In their online conversations, drug dealers and users have code names. The drug users identify themselves as “pilot,” and those who sell the drugs are “captain.” The drugs, according to their quality, are named “snow,” “pineapple,” and “bomb.”

Sun was not the first educational worker who became a drug dealer. Ms. Li, a female teacher at an art school in Shenyang, the largest city in northeastern China, was found to use drugs and sell methamphetamine to her students in December 2014, according to Chinese media reports.