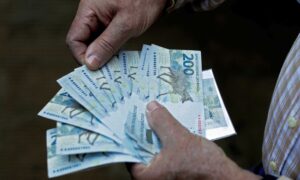 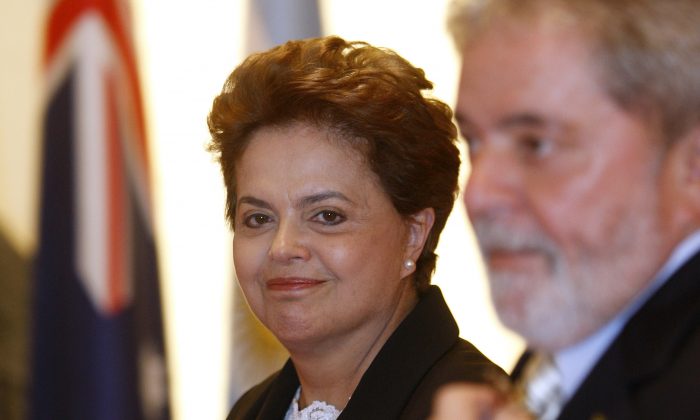 RIO DE JANEIRO—With the glow of her recent victory subsiding, Brazil’s president-elect Dilma Rousseff has a swath of economic challenges in front of her—some of which she has already started to tackle even before officially taking office on Jan. 1, 2011.

This week, Nov. 11-12, she accompanied outgoing President Luiz Inácio “Lula” da Silva to the G-20 meetings in Seoul, South Korea, to start chipping away at the work before her.

Key areas of challenge for Dilma, which she inherited from her predecessor and biggest supporter, Luiz Inácio “Lula” da Silva, are balancing the public accounts and increasing economic stability and growth.

Brazil’s first female president also has to deal with the nation’s record high interest rate of 10.75 percent. She says she plans to take advantage of international economic instability to gradually reduce interest rates, growing the economy and creating more jobs and income for Brazil, differentiating herself from the conservative line of the Central Bank’s current president, Henrique Meirelles.

Rou blames the high interest rates on devaluation of the U.S. dollar. Chief on their agenda at the G-20 was to complain about the artificial devaluation of the dollar and its effects on the Brazilian real, caused by the exchange rate war between the U.S. and China. Brazil told the United States and European Union that they should develop fiscal incentives to boost their sagging economies instead of devaluating their currencies.

An economist by training, in her speeches Dilma has said she would stick to the fundamentals of economic policy, based on the three pillared policy of inflation control, a floating exchange rate, and keeping a budgetary surplus (excluding dept payments).

Planning Minister Paulo Bernardo said Thursday that the government will aim to reduce the country’s debt load from 40 percent of GDP to 30 percent, reported The Wall Street Journal. Lula is leaving a budget deficit of around 90 billion real (US$53 billion) to his successor.

However, in contrast to outgoing President Lula, Dilma says she plans to rule the economy with an iron fist and adopt a more audacious line, tackling inflation and identifying new indicators such as employment goals.

Dilma plans to continue with social public policy. She will endeavor to maintain low interest rates and high public spending, including increasing social benefits in the Bolsa Familia (“family bag”), raise the minimum wage, and creating a ministry to encourage small and medium businesses.

Merval Pereira, a commentator for O Globo, described the increase in public spending on social programs over the last two years as a populist tactic to ensure a government candidate would win the next election—which worked. Lula’s was not eligible to run for a third term in office and Dilma ran as his handpicked successor.

In following such policies, Lula had to reduce the primary surplus and do fiscal “juggling acts.”

Other important points to address in order to untie the knot constraining the country’s growth are high taxes, the lack of infrastructure, and high profit margins of businesses. The productive sector is considering a petition to the government to increase taxes on imports of certain products, and above all, on foreign financial capital.

The new Congress emerged from the polls is the most diverse in the world, with representatives from 22 parties elected, not all that uncommon in Brazil. Although the balance of Congress leans to the left—in line with Dilma’s Workers’ Party ideology—the diversity will no doubt present a challenge for the next government.

Economist Octavio Amorim Neto, from the Getúlio Vargas Foundation (FGV) said in an interview with Globo News last week that the support of the Parliament is fundamental in order for Dilma to pass her policies, and he expects her to have it.

“For the first time, the president’s electoral coalition will be the same as the Cabinet coalition,” said Neto. According to him, this political support will avoid the risk of big problems like the scandal over the buying of parliamentary votes that shook Lula’s first term.

Regarding the direction of the new government, according to Neto, its direction will depend on the balance of power. The possible radicalization of the Workers’ Party’s left will always have the “counterweight represented by the Brazilian Democratic Movement Party,” the biggest party in Brazil. The power of the PMDB lies in its not having an ideological line. The PMDB is the successor of the Brazilian Democratic Movement.

In his analysis published on newspaper O Globo, Merval Pereira said the opposition is rebuilding itself and promises to offer a combative performance.

In addition to taking advantage of Dilma’s inexperience—Dilma has never held an elected position—it seeks to explore loopholes in the fragmentation of the government coalition. Pereira commented as well that the opposition plans to create alliances with neutral parties and even with parties from the government coalition in order to oppose the control of the Workers’ Party and PMDB, as a way of planting seeds for the future.

Pereira also cites César Romero Jacob from the Pontifical Catholic University who said that in Brazil “the electoral maps make it clear that there is not an ideological fight [in the population], not even a class struggle, but a popular vote driven more by economic interests.”