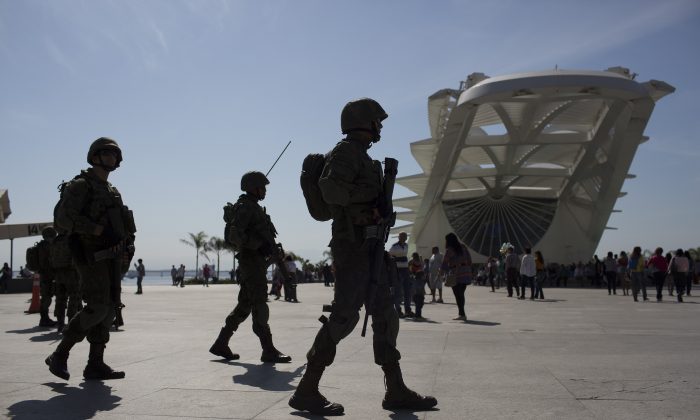 RIO DE JANEIRO—Brazil is beefing up funding for the military to help it meet security needs for the Olympics that open next month in Rio de Janeiro, the interim government announced Tuesday.

Sports Minister Leonardo Picciani said that despite a budget crunch, the government is granting the armed forces an additional $24 million at the request of the Defense Ministry.

“It is the necessary amount for our defense forces to do their work and that money will be available,” Picciani told journalists after a meeting at the presidential palace in the capital of Brasilia.

The minister said the additional funds are meant for “final adjustments” in security before the sports extravaganza.

Some 85,000 police and soldiers are to be deployed during the Aug. 5-21 games. That’s roughly twice the security contingent that was used at the London Olympics.

Rio de Janeiro state has slashed budgets across the board, including that of the police. Its revenues have been particularly hard-hit by the recession besetting Brazil, which saw the economy shrink around 4 percent last year.

Two weeks ago, angry civil police officers staged a strike, with one contingent greeting visitors at Rio’s international airport with a sign reading, in English: “Welcome to Hell. Police and firefighters don’t get paid; Whoever comes to Rio de Janeiro will not be safe.”

In June, Gov. Francisco Dornelles declared a state of financial disaster that paved the way for $860 million in emergency aid from the federal government. Part of those funds were earmarked for Olympic security.