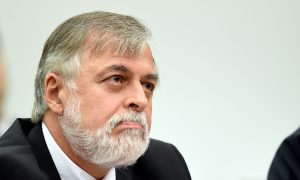 How the Massive Petrobras Corruption Scandal Is Upending Brazilian Politics
0 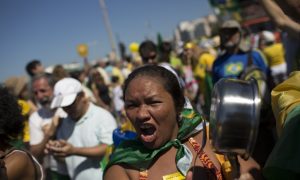 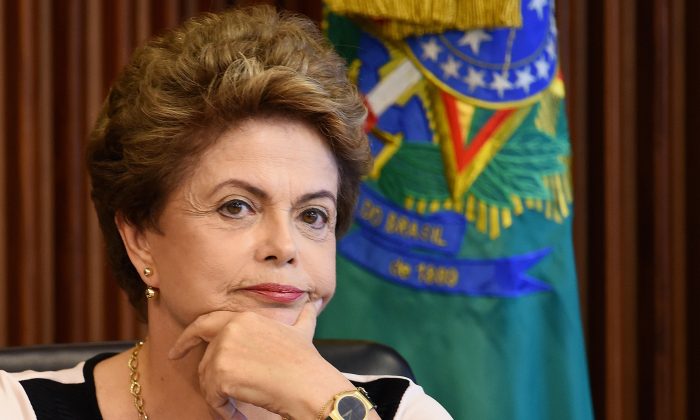 Brazilian President Dilma Rousseff at a meeting with a group of lawyers who claim that her impeachment lacks legal grounds, at the Planalto Palace in Brasilia, on Dec. 7, 2015. (Evaristo Sa/AFP/Getty Images)
Americas

RIO DE JANEIRO—Lawmakers scuffled on the floor of Brazil’s lower house Tuesday during an attempt to block a vote on forming a commission that will determine if impeachment proceedings against President Dilma Rousseff should go before the full body.

Voting resumed after nearly a half hour of pushing and shoving and the commission was partially filled. The panel so far is dominated by those seeking the president’s ouster based on allegations of fiscal irregularities by her administration using state-run banks to fill budget gaps.

Chaos broke out on the house floor Tuesday when Cunha called for secret balloting in the creation of the commission and wouldn’t yield the floor to allow deputies to debate before voting. Members of Rousseff’s Workers’ Party physically blocked voting for a while.

The formation of the commission is the first step in the impeachment process. Once it’s formed, Rousseff will present a defense to it.

The commission then votes on whether to allow the full house to vote on whether she should be impeached and temporarily removed from office. A vote for impeachment would send the matter to the Senate, which would determine if she should be permanently removed.

For now, most analysts think that the commission will send the impeachment question to the full House of Deputies, but that Rousseff has enough support in the body to quash the matter in a full vote.

How the Massive Petrobras Corruption Scandal Is Upending Brazilian Politics

Cunha has ratcheted up his rhetoric against Rousseff in the wake of his being charged in a sprawling graft scandal involving state-run oil company Petrobras. The speaker has been accused of accepting at least $5 million in bribes for building contracts, allegations that he strongly denies.

It’s widely expected that Brazil’s attorney general will request that the Supreme Court remove Cunha from his post and possibly order his arrest. In recent weeks, a top Workers’ Party senator was arrested for his alleged role in the Petrobras scheme.