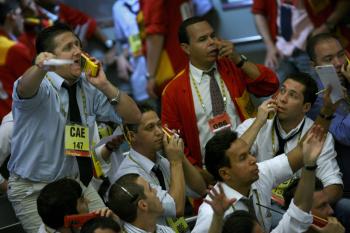 In 2009, Brazil’s economy showed signs of an economic downturn, but not to the extent of some of its business partners, such as the United States or other parts of Latin America.

It has become more difficult to borrow funds in Brazil—borrowing has become slightly more expensive and payments terms are less generous. Before the worldwide financial crisis, banks financed auto loans on 5-year terms, while today two and half year terms are the maximum.

“Brazil is going to be affected,” said Odemiro Fonseca, owner of the Brazilian chain Vienna Rio Restaurants. “For example, the foreign credit market was paralyzed for about 15 days.”

Fonseca said that the credit markets have since stabilized a bit. His comments were reported in a recent Knowledge @ Wharton (KW) study.

The Brazilian stock market showed a steady decline over the past months, with a close to 11 percent decline between January and February 2009, according to BM&F BOVESPA, S.A., Latin America’s leading stock exchange.

“Brazil commodity prices were declining even before the crisis, and the stock market has declined by about 30 percent [between October 2008 and beginning of this year]… But there are no signs yet of economic decline,” Fonseca said.

However, certain Brazilian industries have taken a beating. The latest available statistics show that Brazil’s clothing industry laid off 8.9 percent of its employees in February. Shoe and leather industries laid off 9.6 percent of its workers and wood products industry shed 14.8 percent of workers.

On a positive note, the petroleum refining and alcohol production industries increased their labor force by 4.6 percent in February, according to IBGE (Instituto Brazileiro de Geografi e Estatistica), the Brazilian Census Bureau.

Brazil’s agriculture sector continues to be stable and reported increases in coffee, rice, beans, and corn and soybeans production.

Fonseca noted that banks and the Brazilian government coffers are in good condition and a foreign exchange crisis is not on the horizon.

The Brazilian currency, the real, began to decrease against the dollar in September 2008, but has edged up slowly since the end of March. The Economist Intelligence Unit predicts that the real should remain stable—or even edge up slightly—in 2009, but not to pre-September levels given lower export earnings.

“A number of shortcomings continue to affect Brazil’s competitiveness landscape and prevent the country from fully leveraging its large potential and realizing higher growth and prosperity,” the World Economic Forum suggested in its recent report titled “The Brazil Competitiveness Report 2009.” The report was released on April 16.

Brazil, ranked 64th out of 134 on the competitive index, has a large income gap. The wealthy controls a disproportionately high amount of capital while the vast majority of Brazilians live below the poverty line.

Brazil’s transportation system is substandard and is impeded by conflicting “federal, state, municipal laws, rules, and procedures.” Investment allocation will continue to be hampered significantly unless a public-private partnership is formed, according to the KW report.

On the other hand, Brazil has received the most in foreign direct investment (FDI) in Latin America.

“Brazil’s competitive advantage—such as its large and expanding market coupled with its abundant natural resources and its relative openness to FDI” are the driving forces of continued foreign investment, said Fabrice Hatem and Anne Miroux, representatives of the United Nations Conference on Trade and Development, in the KW report.

But future FDI could be obstructed due to government inefficiencies and increasing competition from countries that produce at lower cost. Furthermore, Brazilian companies are anxious to globalize and offshore, resulting in an outflow of FDI for its domestic companies.