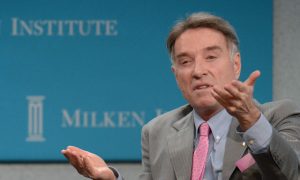 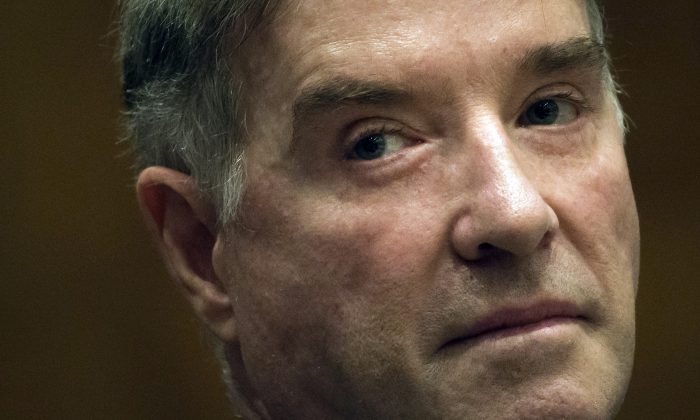 Former billionaire Eike Batista, a Brazilian tycoon once named No. 7 on Forbes' list of the world's richest people, attends a hearing at a federal criminal court in Rio de Janeiro, Brazil on Nov. 18, 2014. Batista went on trial Tuesday in an insider trading case that could make him the first person in the country to go to prison on such charges. (AP Photo/Felipe Dana)
Americas

RIO DE JANEIRO—Eike Batista, the flamboyant Brazilian tycoon once named No. 7 on Forbes’ list of the world’s richest people, went on trial Tuesday in an insider trading case that could make him the first person in the country to go to prison on such charges.

The 58-year-old former billionaire who once reveled in the limelight made a now-rare public appearance with his arrival Tuesday at a federal criminal court in Rio de Janeiro.

It’s the latest chapter in a vertiginous fall that saw Batista’s estimated $30 billion fortune evaporate over the past two years as his oil, mining, logistics and shipbuilding empire crumbled. Batista often used to say he hoped to dethrone Mexico’s Carlos Slim to become the world’s richest person, but now says he’s $1 billion in debt.

Batista faces market manipulation charges in the sales of shares in two of his companies, including the OGX oil exploration and production unit that filed for bankruptcy protection last year. If convicted, Batista faces fines and up to 13 years in prison, but experts say he could get a lighter sentence as a first-time defendant.

Batista has insisted he’s innocent, saying the shares he sold belonged to creditors, not him.

Experts say the trial marks a shift in Brazil, where the rich and powerful were long considered above the law. It follows a 2012 corruption trial seen as striking a blow against impunity when the Supreme Court convicted 25 top operatives of the governing Workers’ Party in a cash-for-votes scheme.

“This (the Batista trial) is one more episode in what I see as the affirmation of the rule of law in the Brazilian democracy,” said Paulo Sotero, who heads the Brazil Institute at the Wilson Center, a Washington D.C.-based think tank. “Impunity was so prevalent in Brazil it became part of the culture. Well, it looks like the culture is changing.”

Batista used to invite the press to photograph his Rio mansion, with a Lamborghini parked in the living room. He posed during Carnival celebrations with his then-wife, a samba queen who donned a dog collar with “Eike” spelled out in rhinestones. His 2011 autobiography was a best-seller.

His ascent coincided with a commodities boom in Brazil that spurred annual growth reaching 7.8 percent in 2008 before it fall to current flat levels. After making No. 7 on the Forbes list in 2012, Batista then dropped to number 100 a year later and then off the list entirely a year after that.

The Batista family has tangled with the law in the past. One of Batista’s three sons, Thor, was convicted on manslaughter charges last year in connection with the 2012 death of cyclist he struck with his Mercedes-MacLaren sports car. The judge sentenced him to two years community service and a 1 million real fine.