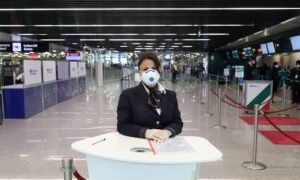 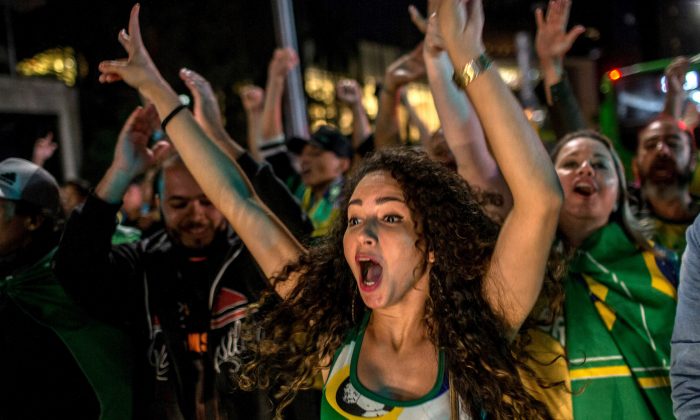 Jair Bolsonaro swept to power in Brazil’s presidential election on Oct. 28, marking a hard pivot to the right that promises to open up the resource-rich economy to private investment, strengthen ties to the United States and unleash an aggressive crackdown on epidemic crime.

“We couldn’t continue to flirt with communism and socialism. Now we will lead with God,” Bolsonaro said in an address on Facebook. “Let’s together change Brazil’s destiny. We knew where Brazil was headed and now we know where we want to go.”

A lawmaker for almost three decades, Bolsonaro, 63, drew public attention with tough talk. He has promised to bring back the rule of law according to the country’s constitution. His hawkish politics places him among strong nationalists such as Hungary’s Viktor Orban, Rodrigo Duterte in the Philippines, and Donald Trump in America. To many, he’s the best hope to revive a moribund economy and streamline an inefficient state.

Since the height of Brazil’s commodity-driven boom nearly a decade ago, citizens have seen millions of jobs evaporate, queues at hospitals grow and violence explode to the point that more than 60,000 people a year are murdered. For years, impatient voters have watched news reports of politicians and executives being caught with vast sums of taxpayer money in suitcases or Swiss bank accounts while roads and schools crumbled.

Haddad, a former education minister in addition to running the nation’s largest city, joined the race only after courts barred former President Luiz Inácio Lula da Silva thanks to his imprisonment on corruption charges. In end, Haddad was unable to overcome that tainted legacy.

Bolsonaro aims to thwart corruption and downsize a costly state by selling scores of state-owned companies. He would cut corporate and individual taxes to kick-start the economy and push structural reforms such as capping pension spending and simplifying taxes. All that helped drive a rally in Brazilian assets since his strong showing in the first-round election Oct. 7.

His team of economic advisers, led by University of Chicago-trained Paulo Guedes, plans to slash import barriers, embark on new free-trade talks, and realign foreign policy more closely with that of Washington. If he succeeds, he could catalyze businesses in Brazil’s $2.1 trillion economy, the second-largest in the Americas behind the United States.

“A lot of global money is going to look to Brazil, one of the emerging markets that has the best possibilities,” said Hari Hariharan, chief executive officer at NWI Management LP in New York, which has been investing in Brazil since 1990. “If the fiscal situation is addressed, Brazil is going to be fantastic.”

It’s a far cry from 2005, when the region’s leftist leaders—Lula, Nestor Kirchner of Argentina, and Hugo Chavez of Venezuela—rejected U.S. President George W. Bush and his free-trade proposal for the region at the Summit of the Americas in Mar del Plata. Back then, Lula blasted the United States and its market-friendly policies.

The key question will be Bolsonaro’s ability to unify a deeply divided nation and to forge a majority in congress to pass austerity measures. A bitter campaign shook the underpinnings of a democracy that has existed only since 1985. Anger and political violence have surged and Bolsonaro himself was stabbed by a fanatic in September and campaigned from his hospital bed.

While Bolsonaro’s Social Liberal Party surged in the Oct. 7 congressional vote to become the second-largest force in the lower house, it still has only 52 out of 513 seats. And managing a ruling coalition isn’t easy in a congress with 30 political parties.

While Bolsonaro’s party is likely to form a majority coalition, it still won’t be easy to push through his agenda, said Senator Fernando Bezerra Coelho, the current majority whip in the upper house.

“There’s a hard core against reforms in the chamber, including some deputies from Bolsonaro’s camp,” said Bezerra. “He’ll have to negotiate.”