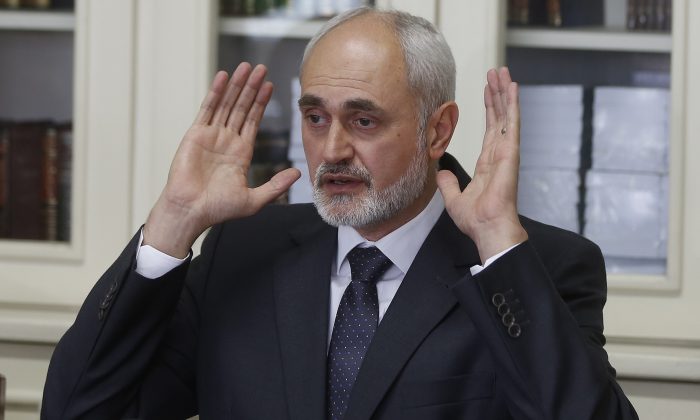 Brazil Muslims Back Probe of 10 for Terror Suspicions

SAO PAULO—Brazil’s Islamic community supports police actions against a group of people suspected of planning attacks during the Olympics as long as the investigations are conducted in a transparent way, a Brazilian Muslim leader said Friday.

Sheik Jihad Hassan Hammadeh, president of the Ethics Committee of the Sao Paulo-based National Union of Islamic Entities, told reporters the community is concerned with the Thursday arrest of 10 Brazilians police said had pledged allegiance to the Islamic State (ISIS) and discussed on social media the possibility of staging attacks during next month’s Olympics.

He said the National Union of Islamic Entities supports the Federal Police Department’s investigation. But he said there must be concrete evidence and transparency to ensure citizens or groups are not unjustly persecuted.

“The arrest of the 10 should have been announced in a more cautious way and with proof,” he said.

“The way the arrests were announced frightened the population and could lead to anti-Muslim discrimination,” he said, adding that “prejudice against Islam is growing in Brazil and today Muslim women are scared to go out on the street wearing hijabs.”

On Friday, the 10 suspects were transferred to a federal penitentiary in the central-western state of Mato Grosso do Sul.

Larissa Rodrigues, the wife of Vitor Barbosa Magalhaes, one of the 10 men arrested, said that he spent six months in Egypt learning Arabic and studying Islam.

She said her husband did not resist arrest and that police seized a computer and an e-book after searching their home.

Magalhaes’ mother, Rosemeire Barbosa, told the O Globo newspaper her son was not a terrorist and that he would “prove he is innocent.”

“He is very smart and has always been interested in learning other languages,” she said adding that after returning from Egypt he used the social media to teach Arabic.

Authorities have said the investigation that began in April showed the suspects had all been “baptized” as ISIS sympathizers online but none had actually traveled to Syria or Iraq, the group’s stronghold, or received any training. Several were allegedly trying to secure financing from ISIS.

Investigators said none of the suspects was of Arab descent, but released no details on their religion. They were described as being between the ages of 20 and 40, except for one minor.

Last week the top military aide for Brazil’s interim government said concerns over terrorism had “reached a higher level” after the truck attack that killed 84 people in Nice, France.

Officials did not raise the country’s terror alert level Thursday following the raids.

Security has emerged as the top concern during the Olympics, including violence possibly spilling over from Rio’s hundreds of slums. Authorities have said 85,000 police officers and soldiers will be patrolling during the competitions.