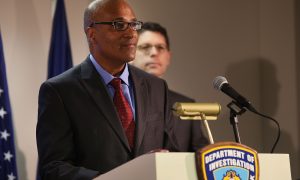 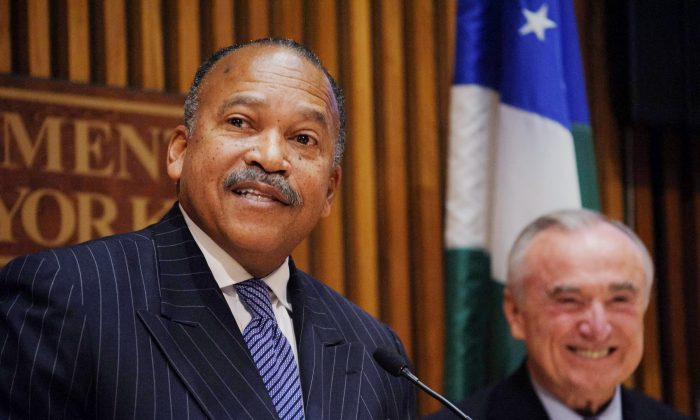 NEW YORK—The head of training at the New York Police Department who served two presidents and has a history of working on civil rights was named the NYPD’s second in command Wednesday after the chief named to the job abruptly quit.

Benjamin Tucker, a retired NYPD officer and lawyer, is revamping the department’s use of force training and is uniquely qualified for the job of first deputy commissioner, Commissioner William Bratton said. The job entails handling both community and police relations, he said.

“He has an intimate understanding of crime, substance abuse, youth and the law,” Bratton said. “These areas make up the essential challenges now facing the New York City police department at this time in our history. And he’s going to be in an ideal position to help us face, successfully, these challenges that confront us now, as well as new ones that may emerge in the future.”

Tucker was named to the post after Chief Philip Banks III retired last week. Banks had been chief of department and was to be promoted, but quit instead.

It wasn’t clear why Banks changed his mind, and Bratton cited only “personal and professional factors.” The position was seen under the previous commissioner as largely ceremonial and stripped of power. Bratton reiterated on Wednesday that the job had been highly important during his previous stint as commissioner in the 1990s and remains so.

“The idea that this is a figurehead, that’s a figure of your imagination,” Bratton said, adding he empowers his staff members to make their own decisions. There was also criticism over a lack of diversity in the department’s highest offices; most are held by white men. Banks was the highest-ranking black official. Tucker also is black.

Tucker joined the department in 1969 and worked up from a beat cop. He served with the city’s police watchdog agency, the Civilian Complaint Review Board and was appointed to executive director of the human rights commission while on leave from the department in the 1980s. He retired in 1991.

Tucker said Wednesday he’s excited for the job. “This is an amazing moment, it’s really like a dream come true,” he said. “I love this department. I grew up in this department.”

Mayor Bill de Blasio praised the pick. “I think it’s a great step forward for the department,” he said. “I think he is an intelligent, visionary leader, who has done extraordinary things already bringing in a new approach at the police academy, emphasizing bringing community and police together.”

After Tucker left the NYPD, he worked as a research associate at both the New York University and Columbia University where he specialized in dealing with addiction and substance abuse. He worked for former President Bill Clinton in Community Oriented Policing Services at the Justice Department, and for President Barack Obama as deputy director for state, local and tribal affairs at the Office of National Drug Control Policy.

Bratton said he is looking for a training replacement.