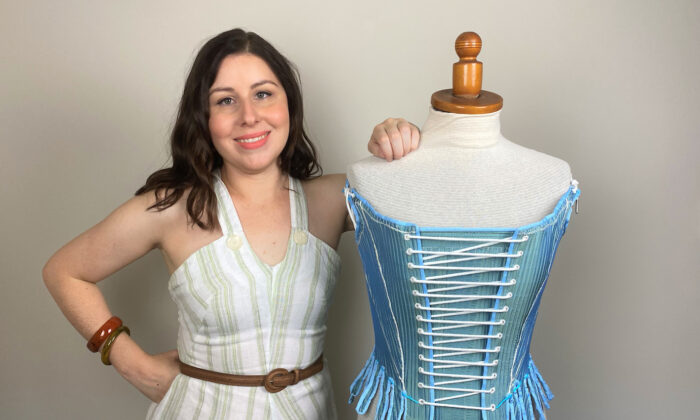 The historical stereotype of oppressed women strapped into suffocating corsets is being challenged by research suggesting they may have been more comfortable than contemporary bras.

The controversial take has been put forward by Australian academic Dr. Sarah Bendall, the author of a new book Shaping Femininity: Foundation Garments, the Body and Women in Early Modern England.

The Australian Catholic University researcher based in Sydney says corsets were far less restrictive than people think and their main advantage was in providing breast support before bras were invented.

For some women at least, she says they were probably more comfy than today’s brassieres with their straps and underwires.

“They supported the whole torso, so they didn’t cut into the back,” Bendall says.

“For big-breasted women, that is probably more comfortable than a modern bra.”

Bendall concedes it’s not possible to directly compare contemporary notions of comfort with those experienced by women of yesteryear.

Women’s bodies were different with large numbers of pregnancies and extended breast-feeding.

Today’s clothing designers also have access to materials such as stretch fabrics and techniques like princess seams, that give shape and comfort, and weren’t available to previous generations.

However historical women were not mere fashion victims or slaves to male ideas of the body, Bendall says.

“Corsets were not silly garments worn by silly women. They were not always boned or tightly laced and they were not just instruments of oppression.

“The foundation garments women wore in this period tell a story of female agency and shape Western perceptions of the female body to this day.”

To get some sense of what it was like to wear 17th century corsets and undergarments like farthingales, busks and bum rolls, Bendall made her own based on patterns created from those which have survived the period.

She wore them or gave them to models who fitted the designs and then interviewed the wearers.

“Women’s embodied experience is largely absent from the literature, so historians have relied on men’s voices,” the material culture historian said.

“These men were often ridiculing women’s fashion or using it to make a moral point about these silly women who wear these ridiculous garments.

“Even the second wave feminists of the 1970s who focused on women’s experience and saw these garments as an example of male oppression were relying on what men had written for their sources.”

From a modern perspective, corsets are probably not the most comfortable thing to wear, Bendall says.

“But they were no more restrictive than high heels.”