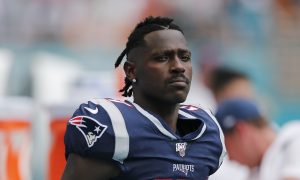 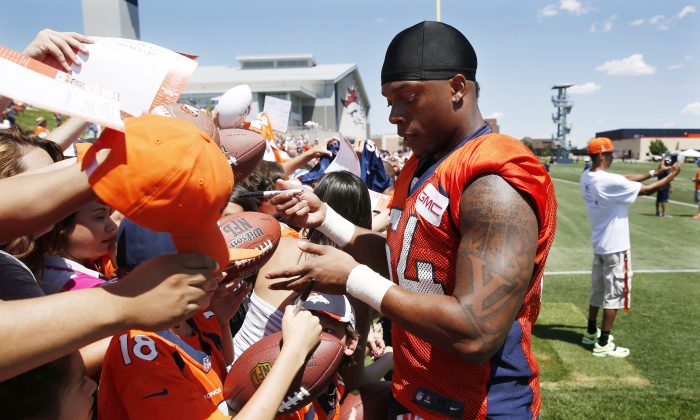 “I’ll do it again,” Marshall declared shortly after saying he’ll fight his $24,309 fine for launching himself at Newton in Denver’s 21-20 win over the Carolina Panthers in the NFL opener last week.

“I’m not going to change the way I play the game,” asserted Stewart, who was fined $18,231 for his high hit against the league’s reigning MVP.

Marshall wasn’t flagged for his hit, which the NFL deemed an “impermissible use of the helmet (including illegal launching),” according to its 2016 schedule of fines.

Stewart was fined for roughing the QB in the final minute, a penalty that was nullified on the field when Newton was whistled for intentional grounding. Although Stewart’s hit left Newton motionless on the ground, he wasn’t checked for a concussion until after the game.

Super Bowl MVP Von Miller and cornerback Bradley Roby didn’t find FedEx envelopes in their lockers likeMarshall and Stewart did Wednesday as they avoided any fines for their own helmet-to-helmet hits on Newton.

“For what? We didn’t do anything,” Miller told The Associated Press. “I could see if we did something wrong.”

The four hits on Newton, three of which weren’t flagged, sparked a debate about league safety, the viability of option quarterbacks in the NFL and the notion that Denver plays dirty.

Newton dismissed news of the fines.

“My job is to win football games, not lobby for my health,” Newton said Wednesday, adding he feels “great” and he didn’t want to “dwell on” the previous game and the hits.

The Broncos said their job was to keep playing stout defense.

“I’ll just say this: we play hard and we’re going to continue to play hard,” coach Gary Kubiak said. “It’s really difficult defensively when you have a quarterback who goes from a passer to a runner and you’re committed (as a defender) and that’s what both of these guys were.

“We understand that you have to stay away from the head, but we’re going to continue to play hard. That one’s in the past. We’re moving on.”

Although they avoided suspensions, Marshall and Stewart said they’d appeal their fines.

“I felt like he was running with the ball and I was trying to make a play,” Stewart said. “He was doing that the whole game. I was just being aggressive, but not really aiming for the head.”

Panthers left tackle Michael Oher was glad to hear about the fines, but would have preferred flags.

“Well, I wish some calls could have gotten made in the game,” he said. “There were some calls that could have been made. But maybe in the future he will be treated more like a quarterback.”

Marshall insists Newton has to be treated like a 250-pound running back when he leaves the pocket. He also found himself wishing he’d been flagged for his hit on Newton because that might have resulted in a fine such as Stewart’s.

Because there was no whistle, the league determined the violation and fined him $6,078 more than Stewart.

“That’s a huge fine,” Marshall said. “And I know what it looked like. It looked bad. But that’s a lot of money. So, yes, I’m upset about it. I wasn’t expecting that amount. Honestly, the truth be told, I was expecting Stew to get more than me.”

On another front, Marshall said he was finalizing an endorsement deal from music mogul Russell Simmons’s Rushcard after losing two endorsements over his kneeling during the national anthem before the opener in support of Colin Kaepernick’s protest of social injustices and police treatment of minorities.

Marshall, who has pledged to donate to military charities and expand his work in the community, also met with Denver police chief Robert White on Tuesday.

Marshall said he will accept White’s invitation to participate in a shoot-or-don’t-shoot training simulator and to go on a ride-along with police officers.