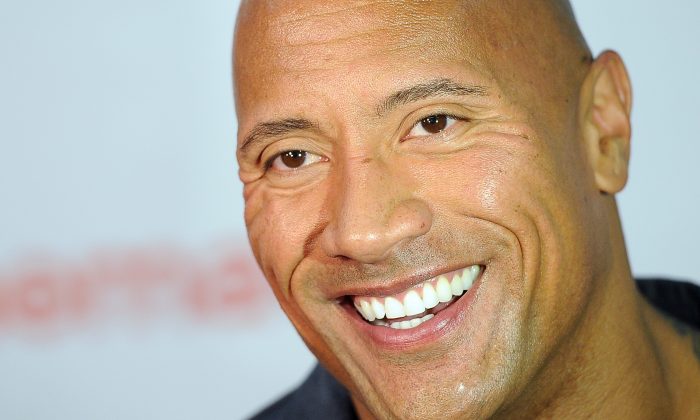 Dwayne Johnson, star of the upcoming film "Hercules," is interviewed before the Opening Night Presentation from Paramount Pictures at CinemaCon 2014 on Monday, March 24, 2014, in Las Vegas. (Photo by Chris Pizzello/Invision/AP)
News

Brain or Brawn? New Hercules Film is Bringing Back the Muscle

Hercules is once again back on our screens. This latest version has Dwayne “the Rock” Johnson in the title role, alongside an international cast which includes a host of British stars. John Hurt is Cotys, king of Thrace, who hires the services of Hercules and his band of mercenaries, notably Ian McShane‘s Amphiaraus and Rufus Sewell‘s Autolycus.

As with any re-working of Greek myth, there are likely to be critics who deride the plot’s departure from ancient precedent. But in fact Herakles (to give him his Greek name) was subject to constant reinvention, even in antiquity.

The strong-man monster-slayer of modern film is also the Hercules of the literature and art of archaic Greece (c.750-500 BC). A specific group of 12 labours is only established later – but already in the archaic period 11 of the canonical set are found in some form or another, alongside a host of other exploits. All of these involve battling with formidable adversaries, whether humans or monsters. Occasionally, they’re even gods. In the great majority of cases the opponent has been threatening the welfare of others, so that Hercules’s inevitable victory is not just a demonstration of prowess, but also a service to the local community. He is later even worshipped with the cult title Alexikakos, “Warder-off of Evil”.

But then in the classical period (c.500-300 BC), writers tapped into his dramatic potential beyond the brawn. Some explored his tragic potential – the superhero, anchored to his duty and unable to return to the domestic sphere. Others exaggerated his “heroic” appetites for comic effect, whilst others again even suggested a more reflective hero who might provide a role-model for philosophers and kings.

And all of these elements were explored by Roman writers and artists too. Their Hercules was influenced to some extent by the local Etruscan hero Hercle, but largely inherited his character traits and stories from the Greek Herakles. Monster-slaying still plays a part, but romantic and comic elements come more to the fore in Latin literature.

Of course, Hercules outlasted the ancient world. He’s cropped up in a bewildering variety of contexts. Early Christian writers saw the labours as an allegory for the moral struggles of the faithful, and Renaissance artists popularised the story of his choice between virtue and vice. At the same time, Hercules was claimed as patron of the ruling families of Ferrara and Florence, and even as a direct ancestor of the French monarchy. By the time he reached the multi-media world of the 20th and 21st centuries, the monster-slaying hadn’t been forgotten, but had to compete with a heavy overlay of moralising interpretations.

This particular film owes a special debt to the Hercules of the late 1950s and 1960s sword-and-sandals genre, as well as the comic-book super-hero tradition which developed alongside it. This Hercules drew on a tradition established in the 19th century of strongman acts, which fed into the early development of body-building as a means to self-betterment, an important element of the American dream.

Most obviously, the casting of Dwayne Johnson hints at a deliberate return to this great tradition of the muscle man Hercules. This began with his original on-screen incarnation, Steve Reeves, and continued via a host of 1960s films which starred body-builders into the 1970s, when Arnold Schwarznegger took the role, and even the 1980s, in the form of Lou “The Hulk” Ferrigno.

A different sensibility arose in the 1990s. You can see this from the more understated physicality of Kevin Sorbo’s Hercules in the Legendary Journeys series. Interestingly, 2014’s earlier incarnation of the hero, Renny Harlin’s The Legend of Hercules, was more along the lines of this model. But I wouldn’t say that the casting of Kellan Lutz was the only problem with this film – it was widely agreed to be dully scripted, woodenly acted, and cheaply produced.

Perhaps the western world of 2014 is in need of a proper strong-man and some uncomplicated monster-slaying. Political uncertainty was characteristic of archaic Greece (a period of colonisation and the formation of the city-state) as it was in the Cold War era of the 20th century. And if Hercules the muscle-man appealed to audiences then, he has every chance of success today.

Emma Stafford does not work for, consult to, own shares in or receive funding from any company or organisation that would benefit from this article, and has no relevant affiliations. This article was originally published on The Conversation. Read the original article.