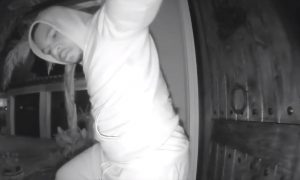 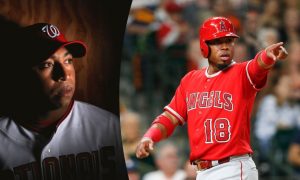 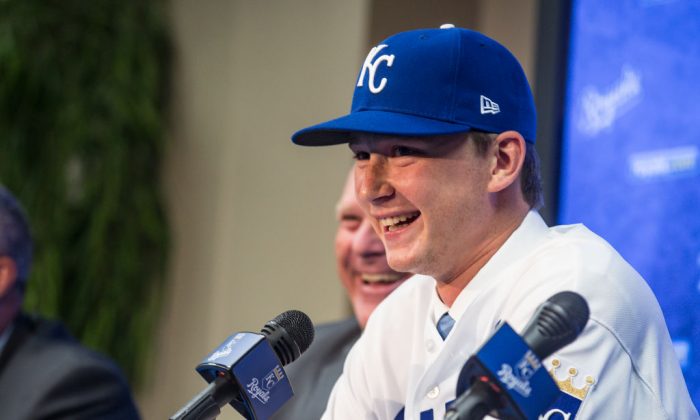 The 2018 Kansas City Royals first-round pick pitcher Brady Singer smiles during a press conference before the game between the Cleveland Indians and the Kansas City Royals at Kauffman Stadium in Kansas City, Missouri on July 3, 2018. (Photo by Brian Davidson/Getty Images)
Sports News

Singer, who received a $4.25 million signing bonus in June after being selected in the Major League Baseball draft, informed his parents on Tuesday, Dec. 25, that he was wiping out their debt.

Singer shared a video of his parents receiving the gift, which featured a letter thanking them for all they’d done.

“I just want to say thank you for everything you’ve done to help me reach my dreams. From Woodlea Field to Kauffman Stadium, there is absolutely no way I could have done all this by myself,” he wrote.

“Both of you constantly took off of work and spent every dime you made just to put a smile on my face. My smile and appreciation for both of you has never stopped and it never will.”

Today is very special to my heart. To give back to the two people who have given up everything to support my brother and I. I can’t thank them enough. Love you Mom and Dad pic.twitter.com/AFHi2Xma0c

Singer said his parents worked hard to be thrifty while traveling extensively so he could play in different places.

“I am paying off the loan from the bank. Also, I paid off all your debt as well. Now instead of trying to save money every weekend to replace the savings account you drained on traveling to see me play baseball, you can spend it on yourselves,” Singer wrote.

“Because you deserve the very best, I want you both to know how much I appreciate you and how none of this would be possible without you. Your giving hearts helped to shape my tiny dream into a reality. I love you both more than you can ever imagine and will never forget what you both have done.”

His parents are captured in the footage getting emotional while reading the letter.

The footage has been viewed more than six million times since being posted on Christmas Day.

Nine in 10 Americans, and 95 percent of Christians, celebrate Christmas, according to a Pew Research survey.

This year, consumers said they were planning to spend an average of $1,007.24 during the winter holiday season, with $215.04 of that planned for food, decorations, flowers, and greeting cards, according to the National Retail Foundation.

A 2017 survey from the Lincoln Financial Group found that millennials typically spend more on the holidays versus other age groups, at an average of $1,400. That was $500 more than Boomers and Gen Xers. Experts said people should save up throughout the year if planning to spend big for the holidays, and to plan ahead and make a budget.