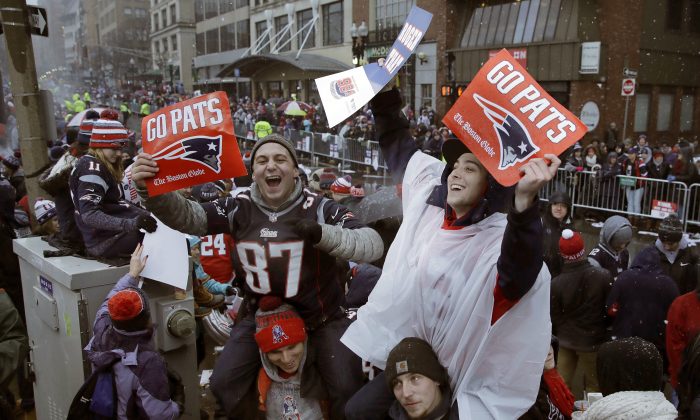 New England Patriots fans wait for the start of a parade Tuesday, Feb. 7, 2017, in Boston to celebrate their team's 34-28 win over the Atlanta Falcons in Sunday's NFL Super Bowl 51 football game in Houston. (AP Photo/Charles Krupa)
US

MVP quarterback Tom Brady waved one of those Lombardi trophies and said: “I told you we were going to bring this sucker home, and we brought it home.”